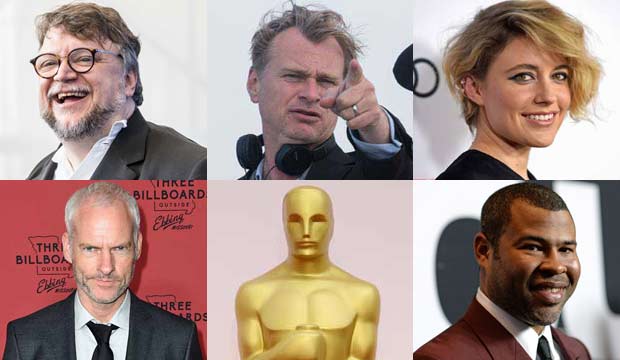 In the last five years, the Academy Awards have split up the Oscars for Best Picture and Best Director. The days of the sweep, it seems, are long past with the helmer of the top prize no longer guaranteed the Best Director statuette. Quite the opposite, in fact; if you win one, its likely you are not winning the other.

Last year, Damien Chazelle won Best Director for “La La Land,” while “Moonlight” shocked us all to win Best Picture. The year before that, Alejandro G. Inarritu took home the Oscar for directing “The Revenant,” while “Spotlight” claimed the big award. 2015 was the only year in the past five to marry the two Oscars together, with Inarritu winning both Director and Picture for “Birdman.” In 2014, Alfonso Cuaron won for directing “Gravity” while “12 Years a Slave” was the best film of the year. And in 2013, “Argo” won Best Picture despite Ben Affleck being snubbed in Best Director, which went to Ang Lee for “Life of Pi.”

Before this year, the Golden Globes had been relatively immune to this split. Indeed, four of the most recent five winners of Best Director at these awards bestowed by the Hollywood Foreign Press Assn. helmed the winner of either the Best Comedy/Musical or Best Drama: Affleck for “Argo” (2013); Richard Linklater for “Boyhood” (2015); Inarritu for “The Revenant” (2016); and Chazelle for “La La Land” (2017).

In 2014, Cuaron won the Globe for directing the drama “Gravity” but “12 Years a Slave” won Best Drama while “American Hustle” took the comedy/musical award. This year, Guillermo Del Toro was named Best Director for “The Shape of Water” but his film lost Best Drama to “Three Billboards Outside Ebbing, Missouri.” The winner of Best Comedy/Musical was “Lady Bird,” which was written and directed by Greta Gerwig. While she was snubbed for her helming, she did contend for her screenplay but lost that race to “Three Billboard” multi-hyphenate Martin McDonagh.

While Del Toro is predicted to handily win the Best Director Oscar, his film is locked in a tight race for Best Picture with both “Three Billboards” and “Lady Bird” slightly ahead.