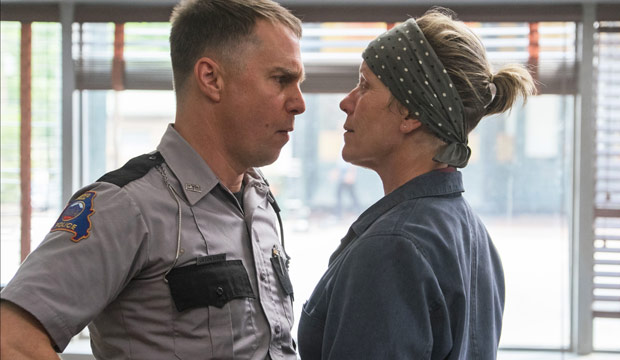 With only days to go until the Academy Awards are announced on Jan. 23, our 31 Oscar experts from major media outlets have been busy updating their predictions for Best Picture. Martin McDonagh‘s “Three Billboards Outside Ebbing, Missouri” now has the votes of a leading seven pundits. This character study swept the Golden Globes on Jan. 7 and got another bounce when the writer/director reaped a bid from the DGA on Jan. 11. It is in first place with leading odds of 13/2.

If, as we are predicting, “Three Billboards” wins Best Picture at the PGA Awards on Jan. 20, expect even more of our experts to switch to it. While that precursor prize went with a different film than the Oscars for the last two years, this guild previewed the Best Picture winner for the first six years of the expanded race.T o that end, if another film pulls off an upset at the PGA, look for more of our pundits to pick it to prevail at the Oscars. (See the individual rankings by experts and the resulting odds.)

Indeed, Greta Gerwig‘s coming-of-age charmer “Lady Bird” could well be the PGA winner. After all, it did well at the Golden Globes, winning both Best Comedy/Musical and for leading lady Saoirse Ronan. While it has the votes of only five experts, the rest of our prognosticators are ranking it highly enough that also has odds of 13/2 to win Best Picture.

Sitting in second is Guillermo del Toro‘s fantasy “The Shape of Water,” which dominated the Critics’ Choice Awards on Jan. 11, and has the votes of six experts. That support gives it odd of 7/1 to win.

Jordan Peele‘s social satire “Get Out” also has the votes of five pundits. However, the rest of them are ranking it low enough on their lists that it sits only in third on our Best Picture chart, with odds of 15/2 to take the top Academy Award.

Tied with “Get Out” are two other films. Christopher Nolan‘s WWII epic “Dunkirk,” which led this race for much of awards season, now has just three votes and odds of only 8/1 while Steven Spielberg‘s docudrama “The Post” has four experts still backing it. One expert remains enamored with Luca Guadagnino‘s romance “Call Me By Your Name.”