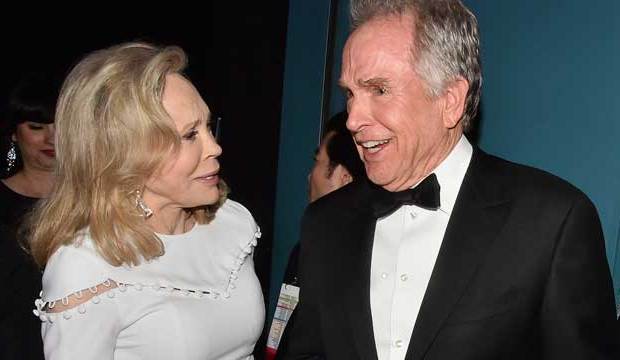 The 2017 Oscars ended with the most shocking moment in the 89-year history of the Academy Awards: Best Picture presenter Warren Beatty was given the wrong envelope and his co-presenter, Faye Dunaway, erroneously announced that “La La Land” had won, instead of “Moonlight.” Looks like these one-time co-stars will be reunited on this Sunday’s ceremony and given a chance for a do-over.

Beatty has made merry with the mishap over the ensuing year. When he appeared on “The Graham Norton Show” in the UK, the host characterized this snafu as “the TV moment of if not the year, the decade,” Beatty wondered if it did not qualify rather for an even higher status by asking “not the century?”

As he explained to Norton, he knew something was amiss the moment he opened the envelope and saw that it said Best Actress: Emma Stone, “La La Land.” “I thought well, maybe this is a misprint. And then, I shouldn’t foul up the show just because someone made a little error.” Beatty quickly refuted the suggestion that he had wanted Dunaway to read off this text so that he wouldn’t be the fall guy.

SEE 2018 Oscars: Predictions in all 24 categories at the 90th annual Academy Awards [PHOTOS]

Prior to last year’ mishap, the  Oscar-winning Beatty (“Reds”) had presented on the Academy Awards three times, including twice when he handed out the Best Picture prize. He flew solo in 1974 when the winner was “The Godfather, Part II” and presented with his pal Jack Nicholson in 1989 when “Driving Miss Daisy” won. Third time did not prove to be the charm as he was reunited with his “Bonnie and Clyde” leading lady on the occasion of the 50th anniversary of that landmark film.

The academy has put measures in place to avoid such a mistake from happening again. One of the accountants will be PwC partner Rick Rosas who had led the ballot for 12 years until 2014. There are extensive rehearsals for possible onstage issues (translation: the accountants will practice running out onstage to stop the show if the wrong name is announced). And there will be improvements to onstage envelope category verification (in other words, no more red envelopes with red writing). Finally, don’t expect any backstage tweets from the PwC reps, as Brian Cullinan did of the Best Actress champ as Beatty and Dunaway were about to make the wrong kind of Oscar history.