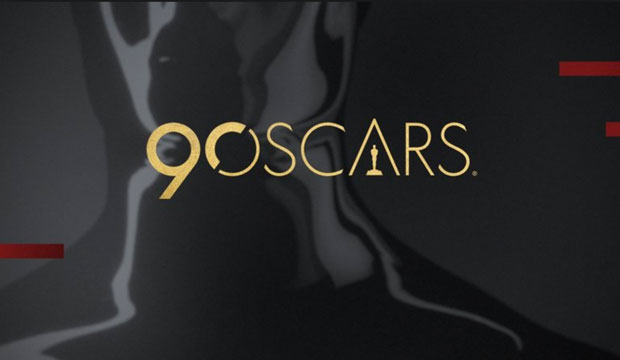 The 90th Academy Awards were held on March 4, 2018. Jimmy Kimmel returned as host of the 2018 Oscars after his successful stint last year, particularly after the Best Picture mix-up. Also back were the two Oscar-winning veterans, Warren Beatty and Faye Dunaway, who were given the wrong envelope and mistakenly announced that “La La Land” had won the top prize when the real winner was “Moonlight.” They returned to reveal this year’s winner of the top Academy Award. Scroll down for the full and complete list of winners.

“Darkest Hour,” which explores the Dunkirk evacuation from the point of view of the new prime minister, Winston Churchill (Gary Oldman) is up for six Oscars: Best Picture, Best Actor, cinematography, costume design, makeup and hairstyling, and production design.

Refresh this page for the most up-to-date winners

SEE 2018 Oscars: How were winners for the 90th Academy Awards chosen?

Best Picture
“Call Me By Your Name”
“Darkest Hour”
“Dunkirk”
“Get Out”
“Lady Bird”
“Phantom Thread”
“The Post”
X – “The Shape of Water”
“Three Billboards Outside Ebbing, Missouri”

SEE 2018 Oscars: Who are the 7,258 voting members who decide the Academy Awards?

Best Original Screenplay
X – “Get Out”
“Lady Bird”
“The Big Sick”
“The Shape of Water”
“Three Billboards Outside Ebbing, Missouri”

Best Original Song
“Mighty River,” “Mudbound”
“The Mystery of Love,” “Call Me By Your Name”
X – “Remember Me, “Coco”
“Stand Up For Something, “Marshall”
“This Is Me, “The Greatest Showman”