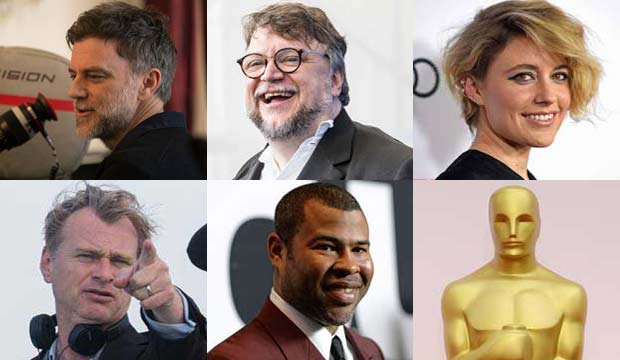 Greta Gerwig is only the fifth woman nominated for Best Director in the 90-year history of the Academy Awards. She made the cut at the Oscar for “Lady Bird,” her first film as a solo director. Her rival nominees are: Paul Thomas Anderson (“Phantom Thread”), Guillermo Del Toro (“The Shape of Water”), Christopher Nolan (“Dunkirk”) and Jordan Peele (“Get Out”).

This year’s race was so competitive that Luca Guadagnino (“Call Me By Your Name”), Martin McDonagh (“Three Billboards Outside Ebbing, Missouri”) and Steven Spielberg (“The Post”) were all snubbed. Their films are all nominated for Best Picture and they each reaped key precursor bids.

Conversely, Gerwig made the cut at the Oscars despite missing being snubbed at both the Golden Globes (Ridley Scott snuck in for “All the Money in the World”) and the BAFTAs (Denis Villeneuve of “Blade Runner 2049 got the fifth slot). She did get consolation nominations in screenwriting at both these precursor prizes and reaped an Oscar bid for Best Original Screenplay as well. [Due to an editing error, the original version of this post swapped the Globe and BAFTA nominations for Villeneuve and Scott.]

Any of the five nominees could realistically win the Best Director Academy Award. Del Toro is the favorite at the moment, particularly after his Globe win. But Gerwig and Peele are the creative forces behind two of the other leading Best Picture contenders. And Anderson and Nolan are academy darlings with eight and five nominations in the course of their careers.

Which filmmaker do you favor to take home the statuette? Will Gerwig make history and become only the second woman in Oscar history to win the award after Kathryn Bigelow (“The Hurt Locker”) broke the barrier in 2010? Or will voters want to give the last of the three amigos, Del Toro, a Best Director Oscar, after his pals Alfonso Cuaron (“Gravity”) and Alejandro Inarritu (“Birdman.” “The Revenant”) both won?