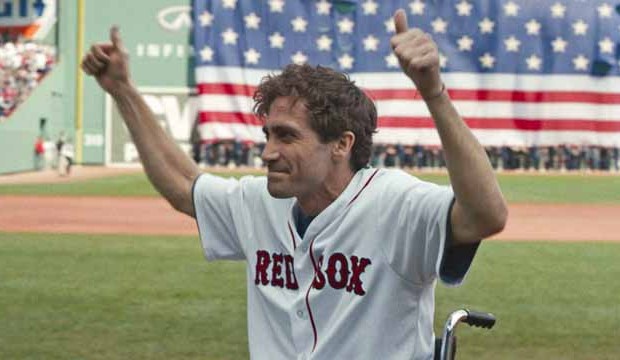 What on earth does Jake Gyllenhaal have to do to get an Oscar nomination? He was an early favorite for Best Actor thanks to a powerful performance in “Stronger.” His portrayal of Jeff Bauman, a survivor of the Boston Marathon bombing who had both legs amputated, netted him a Critics’ Choice nomination. Then, nothing. The Golden Globes, SAG, and BAFTA all snubbed the actor. But after so many celebrated performances that came up short with the Academy, will voters forget about precursors and finally cash in Gyllenhaal’s Oscar IOU?

Gyllenhaal was previously nominated by the academy in 2006 for his supporting turn in “Brokeback Mountain” opposite the late Heath Ledger. He was bested by George Clooney (“Syriana”), but it seemed like a new Oscar nominations darling had been born. Unfortunately, that proved not to be the case. Despite acclaimed roles in films like “Zodiac,” “Love and Other Drugs,” “End of Watch,” “Prisoners,” and “Nocturnal Animals” he has not been invited back to the Oscars since that first nomination.

The closest Gyllenhaal came to an Oscar comeback was Dan Gilroy’s “Nightcrawler” (2014). Pundits feared the film was too dark for the academy, but the actor’s transformation into disturbed TV news cameraman Louis Bloom seemed too irresistible to ignore. He surprised Oscar-watchers with bids at SAG, BAFTA, Critics’ Choice and the Golden Globes, prompting many a derbyite (this author included) to add him to their predictions. But in the end Gyllenhaal was snubbed and “Nightcrawler” received just one Oscar nomination for Original Screenplay.

Unlike the dark and edgy “Nightcrawler,” “Stronger” is a feel good movie that checks off plenty of Oscar boxes. Gyllenhaal plays a real life figure who must overcome a physical disability. Eddie Redmayne (“The Theory of Everything”) recently adopted that playbook for Oscar success. “Stronger” is also an inspiring movie about a local hero. Wins for Sean Penn (“Milk”) and Daniel Day Lewis (“Lincoln”) show that voters like being able to root for a good guy. What remains to be seen is if the emotional and uplifting story provides Gyllenhaal enough awards ammunition with only a BFCA nomination under his belt.

Arriving at the Oscars without major precursor nominations is tough but not impossible. Several men demonstrated that you can bypass the Critics Choice, SAG, and Globes and still land a Best Actor Oscar nomination. Clint Eastwood (“Million Dollar Baby”), Tommy Lee Jones (“In the Valley of Elah”), Javier Bardem (“Biutiful”), Gary Oldman (“Tinker Tailor Soldier Spy”), and Bradley Cooper (“American Sniper”) all failed to register with those three precursor groups. The Oscars didn’t care and nominated them anyway.

One could argue that the aspect all these performances share is that audiences rooted for them. You hope and pray that they find their son, solve the case, survive the war, or find happiness. When watching “Stronger,” viewers certainly root for Gyllenhaal’s Jeff Bauman to put his life back together after surviving a horrific tragedy. His story of perseverance despite the odds might be just what the academy is looking for.