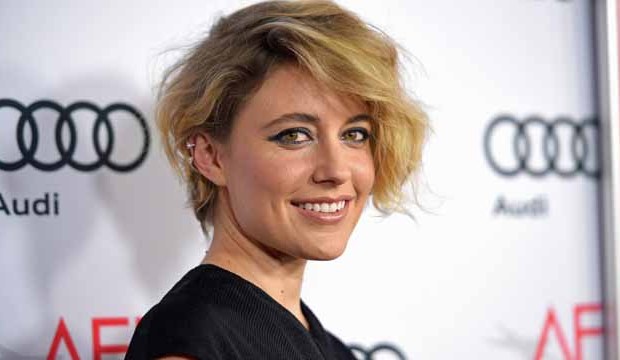 One of the most talked about moments at the Golden Globes was when Oscar winner Natalie Portman couldn’t help but point out a simple fact: all the nominees for Best Director were male. While many women were in contention, the glaring omission was undoubtedly Greta Gerwig for her critically acclaimed direction of “Lady Bird,” a snub only made more glaring when the film went on to win as did leading lady Saoirse Ronan. This leaves one wondering, could “Lady Bird” pull the same trick at the Oscars should Gerwig once again be snubbed? The answer: it would be very tricky, but not impossible.

According to Gold Derby’s official odds, “Lady Bird” is all but guaranteed a Best Picture nomination, currently ranking in 1st place with 6/1 odds. Gerwig however sits in third, with 11/2 odds behind Guillermo Del Toro and Christopher Nolan. While Gerwig’s snub would be a surprise, as we saw at the Globes it could well happen.

It is worth noting that Best Director is not the only category that matters, as screenplay, the acting categories, and editing have all proven influential in the past. The latter might be the real roadblock for “Lady Bird,” as it is not currently expected to make a play there, sitting 9th in our predictions. But rules are made to be broken. “Birdman: Or the Unexpected Virtue of Ignorance” won the top prize without a nomination in that category.

Should all those nominations fall into place, but with no Gerwig in Best Director where does that leave “Lady Bird”?

The film’s next big chance to win will be at the upcoming SAG awards where it is up for three prizes including ensemble. Gerwig’s inclusion in the DGA nominations certainly helps her case as it has proven to be the strongest predictor when it comes to the Oscar nominations. Gerwig will then have to sit out the BAFTAs.

“Lady Bird” has momentum, with wins from the New York Film Critics Circle, the National Society of Film Critics, and of course the Golden Globes. It also has a strong, timely narrative focusing on a female lead with a female creative force, in a year where women’s stories and agency has become the central conversation in Hollywood. A woman led and directed film has never taken the big prize before, and the academy certainly knows it. And should Gerwig be snubbed again, the temptation to offer her a “consolation” may be too great to ignore, proving the perfect blend of momentum and narrative.

At the Oscars, Best Picture and Best Director have often gone hand in hand, lining up a whopping 63 out of 89 years, or 71% of the time. However, it’s worth noting that four of those 26 disconnects occurred in the last six years alone. Ever since AMPAS switched the Best Picture category back to the preferential ballot in 2009 (previously used briefly in the 1930’s and 40’s), we’ve been seeing a change in the trend.

Best Picture has gone to a film without a Best Director bid only four times, two of which were in the first years of the Academy Awards. At the very first ceremony, “Wings” took home the Best Picture award while it’s director William Wellman failed to receive a nomination. This happened again at the 1931/32 ceremony with “Grand Hotel” (directed by Edmund Goulding), and then again 57 years later when “Driving Miss Daisy” surprised with a Best Picture win in 1989 without a nomination for director Bruce Beresford.

Most recently, Oscar prognosticators everywhere where shocked when Ben Affleck was left off the Best Director list for his critically acclaimed film “Argo.” What had previously been a major contender for the top prize then appeared to be dead in the water, but that very night at the 18th Critics Choice Awards, “Argo” gained back it’s momentum when it took home not only the award for Best Picture, but also Best Director. Three days later the film won those same awards at the Golden Globes, went on to take the SAG award for Best Ensemble, the DGA award, PGA award, and ultimately Best Picture at the Oscars (along with Best Editing and Best Adapted Screenplay).

The main theory at the time was the academy felt guilty about leaving Affleck off the list, so to make up for it they gave him a “consolation” prize with the Best Picture win (he did still get an Oscar as a producer on the film). But that ignores the fact that due to a strange schedule, Critics Choice and Golden Globe voting were long-closed when the Oscar nominations came out. No matter what happened with the nominations, “Argo” would have been the film to beat going into the race, with the narrative boost only coming later.

With almost no overlap between voting bodies, it’s difficult to tell exactly how much the wins would have affected AMPAS membership if Affleck had been nominated, but it highlights an important point: momentum can be just as significant as narrative. In fact, sometimes narrative can arise directly from momentum. So could a film be helped by the snub of its director?