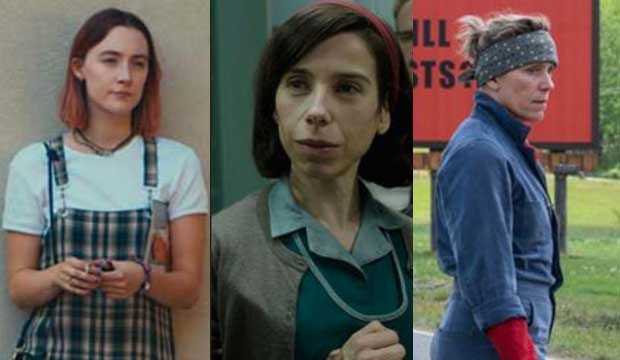 Breaking down the precursor awards — both nominations and winners — as well as the top Oscar nominations by categories gives us 35 key categories that will determine the strongest Oscar contenders. These races range from the early bird Critics Choice nominations all the way to the Oscars, with stops along the way for the guilds, the Golden Globes and the BAFTAS.

Different films will have different strengths: some will do well with acting, others with writing and directing and some will pop up here and there. To be a strong Oscar contender, a film needs to be represented across a range of races.

Last year, Damien Chazelle‘s “La La Land” was the leader of the pack, with a total of 31 boxes ticked out of 35; it only missed out on the nomination and win boxes for SAG Film Ensemble and a writing win at BAFTA and WGA for Chazelle. It was the heavy favorite, of course, but Barry Jenkins “Moonlight” shocked us all and won Best Picture after ticking 26 boxes (the second highest tally) while Denis Villeneuve‘s “Arrival” had a tally of 17.

This year’s counting started with the Critics’ Choice, Golden Globes nominations and SAG Awards nominations in December, continued when the producers, writers and directors guilds as well as BAFTA announced their slates and also includes the results of the BFCA and HFPA final voting.

“Three Billboards” did very well at BAFTA, bringing its total ticks to a leading 16 while “The Shape of Water,” which won Best Picture at the Critics Choice Awards, now has 15 boxes with check marks. Just two behind is “Lady Bird,” which also did well with the British academy as did “Get Out” and “Call Me By Your Name” with both those films numbering 10 ticks.