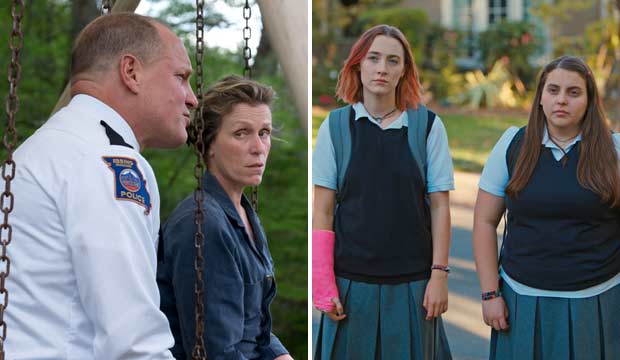 Best Original Screenplay is one of the most stacked Oscar categories this year (sorry, Best Adapted Screenplay). And whichever film wins it might not only have that Oscar to its name, but Best Picture as well.

The screenplay Oscars, both original and adapted, have always had a big correlation with Best Picture, but in recent years — with one film dominating a single ceremony like “Slumdog Millionaire” did less than a decade ago becoming rarer — the writing award has become an important bellwether for the top prize. Since “The Artist” (2011) lost Best Original Screenplay to “Midnight in Paris,” every Best Picture winner has won a screenplay Oscar with its (tiny) haul. And outside of “Argo” (2012), all the films were locked in close Best Picture races, even if we couldn’t see it at the time.

“12 Years a Slave” (2013), which won Best Adapted Screenplay, was neck and neck with its Producers Guild Award co-winner “Gravity,” which did not receive a screenplay nomination. “Gravity” won seven Oscars, but lost Best Picture to “12 Years,” becoming the film with the second most wins without winning Best Picture after “Cabaret” (1972). “12 Years” picked up just one other award besides screenplay: Best Supporting Actress for Lupita Nyong’o.

The following year was a showdown between critical favorite “Boyhood” and industry favorite “Birdman,” both of which contended with original scripts. Our odds back then pegged Wes Anderson and Hugo Guiness’ “The Grand Budapest Hotel” script for Best Original Screenplay, but “Birdman” prevailed en route to the Best Picture prize and a total of four Oscars, matching “Grand Budapest”’s haul.

“The Revenant” was the predicted Best Picture winner the next year, but like “Gravity,” it did not have a screenplay nomination. In a nice bit of symmetry, “Spotlight” ended up winning the first award of the night, Best Original Screenplay, and the last, Best Picture, which was solely predicted by our own Tom O’Neil. The investigative journalism drama became the first Best Picture winner to take home just one other award since “The Greatest Show on Earth” (1952).

Last year, “La La Land” lost Best Original Screenplay to “Manchester by the Sea,” while “Moonlight,” deemed an adapted script by the academy, won the other prize as expected. And then we all know what happened later. In hindsight, maybe we should’ve seen “Moonlight”’s Best Picture upset coming. The Barry Jenkins film, which won a third Oscar for supporting player Mahershala Ali, competed and won as an original script — beating “La La Land” and “Manchester” — the week before at the Writers Guild Awards, proving it had the passion to defeat its two biggest rivals for an industry award.

SEE Oscar predictions battle: Can ‘The Shape of Water’ or ‘Get Out’ take down ‘Three Billboards’ and ‘Lady Bird’? [WATCH]

The WGA Awards won’t be a complete guidepost this year, unfortunately, since Best Picture frontrunner “Three Billboards Outside Ebbing, Missouri” is not eligible there. With 10/3 odds, the Golden Globe champ is expected to score a Best Original Screenplay Oscar nomination, along with the scripts of top Best Picture contenders “Lady Bird” (27/10 odds), “Get Out (14/5 odds) and “The Shape of Water” (10/3 odds). (“The Big Sick” is our other projected Best Original Screenplay nominee with 14/1 odds, but it’s in the 11th spot for Best Picture.)

Currently, we are forecasting a writing win for Greta Gerwig, but “Lady Bird” is in second for Best Picture (13/2 odds), edged out slightly by “Three Billboards,” which also stands at 13/2 odds but has more No. 1 predictions. “Three Billboards”‘s script, however, is in third place behind No. 2 “Get Out,” which is in fifth (17/2 odds) in the Best Picture rankings. “The Shape of Water,” meanwhile, is in fourth for screenplay honors and third (15/2 odds) for Best Picture.

With so many strong options in a still unsettled year and because of the preferential ballot, it seems equally possible for Oscar voters to use the screenplay trophy as a “consolation prize” while awarding Best Picture elsewhere as it is for both statuettes to go the same film for the sixth year in a row.

Do you think this year’s Best Picture champ will win a screenplay award as well?