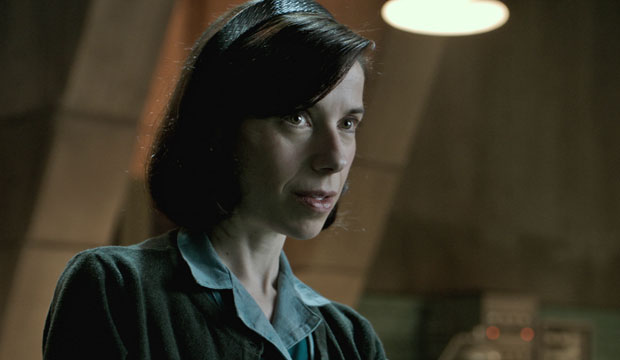 The 2018 Producers Guild Awards were handed out on Saturday night, January 20. These awards celebrate the best producing achievements in film and television, and the big-screen winners often give us an idea of who will take top honors at the Oscars. Scroll down for our live updating report on the night’s winners and what it means for the awards season to come. Check out the complete list of winners in all 12 categories here.

The very first Best Picture winner at the PGA Awards was “Driving Miss Daisy” in 1990. That film went on to win the top Oscar, and in total 19 out of the PGA’s 28 previous picks have gone on to claim Best Picture honors at the Academy Awards (68%). And in the last 10 years the correlation has been even stronger, with the two groups agreeing eight times (80%). However, the last two years have been anomalies. In 2016 “The Big Short” won the PGA Award while “Spotlight” won the Oscar. And in 2017 “La La Land” won the PGA Award while “Moonlight” won the Oscar. Will there be another disconnect? Follow along with our live blog below to find out. All times listed are Eastern.

Keep updating this page for the latest updates

11:13pm — “Coco” takes the first award of the night, Best Animated Feature. There was no surprise there as the Disney Pixar hit has been the overwhelming frontrunner for animation awards all season. However, the PGA doesn’t have a perfect track record forecasting the Oscar in this race. In 2012 the award went to “The Adventures of Tintin,” which was snubbed by the Oscars. In 2013 it went to “Wreck it Ralph,” which lost the Oscar to “Brave.” And in 2015 the PGA Award was bestowed on “The Lego Movie,” which was also snubbed completely at the Oscars.

11:38pm — “Leah Remini: Scientology and the Aftermath” claims Best Nonfiction Television, defeating past winners “60 Minutes” and “Anthony Bourdain: Parts Unknown” in addition to the sports documentary series “30 for 30” and the HBO documentary “Spielberg” about the career of the famed film director. This victory follows Remini’s win at the Emmys, where “Aftermath” won Best Informational Program.

11:44pm — Another category for unscripted television announced: “The Voice” claims Best Reality Competition Series for the fifth year in a row. The singing competition on NBC has also won four Emmys for Best Reality Competition, including the last three year in a row, so its PGA victory comes as no surprise in a race where it competed against “The Amazing Race,” “American Ninja Warrior,” “Lip Sync Battle,” and “Top Chef.”

SEESAG Awards 2018: Will ‘Three Billboards’ or ‘Lady Bird’ tie the record for the most wins?

12:07am — The Netflix anthology series “Black Mirror” wins Best Long-Form Television in what could be considered a slight upset against “Feud: Bette and Joan.” Poor “Feud” has been overlooked all season in favor of “Big Little Lies,” but at this event “Lies” was categories as a drama series, which seemed to give “Feud” a much-needed opening. This victory for was the fourth season of “Black Mirror” that just premiered in December. Earlier in the season it won the Emmy for Best TV Movie for “San Junipero,” an acclaimed episode from the show’s third season.

12:53pm — Amazon’s “The Marvelous Mrs. Maisel” continues its winning streak with a victory for Best Comedy Series against “Curb Your Enthusiasm,” “Master of None,” “Silicon Valley,” and “Veep.” Before this “Mrs. Maisel” won top honors at the Golden Globes and the Critics’ Choice Awards. Can it continue this momentum all the way to the Emmys later this year? It would be the first streaming series to win the Best Comedy Emmy.

1:22am — “Jane” claims the Best Documentary prize against a crowded field of seven films that also included “Chasing Coral,” “City of Ghosts,” “Cries from Syria,” “Earth: One Amazing Day,” “Joshua: Teenager vs. Superpower,” and “The Newspaperman: The Life and Times of Ben Bradlee.” Of those nominees, only “Jane,” “City of Ghosts” and “Chasing Coral” are also on the long list of contenders for Best Documentary Feature at the Oscars. The last two PGA winners in a row (“Amy” and “O.J.: Made in America”) went on to win the top Oscar.

1:36am — “The Shape of Water” wins Best Picture! This is a major victory following its win at the Critics’ Choice Awards, but there can be no possible agreement with the SAG Awards Sunday night since “Shape of Water” isn’t even nominated for its ensemble cast. However, “Shape of Water” is the frontrunner for the Directors Guild Award and the most nominated film at the BAFTAs, so there could be momentum forming around the romantic fairy tale.