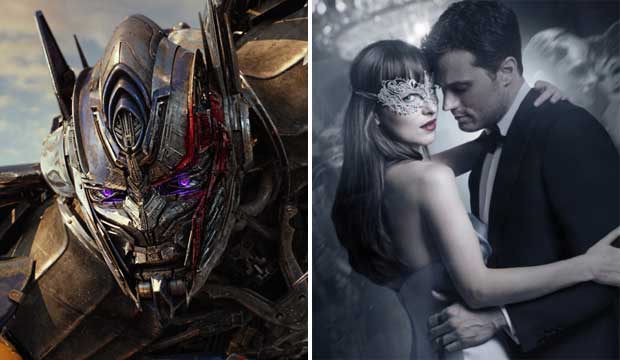 “Transformers: The Last Knight” and “Fifty Shades Darker” lead the 2018 Golden Raspberry Award nominations. The Razzie noms were announced early Monday morning, January 22, the day before the Oscars announce their nominations, and this could be a historic year for Worst Picture. If “Transformers” or “Fifty Shades” wins, it will be the first movie franchise ever to repeat. Check out the complete list of nominees here.

“The Last Knight” is the fifth film in Michael Bay‘s “Transformers” franchise and the fourth in a row to be nominated for Worst Picture. “Revenge of the Fallen” (2009) won the top “honor,” and “Dark of the Moon” (2011) and “Age of Extinction” (2014) followed with additional nominations, but the series has yet to reach the pinnacle of terrible films for a second time.