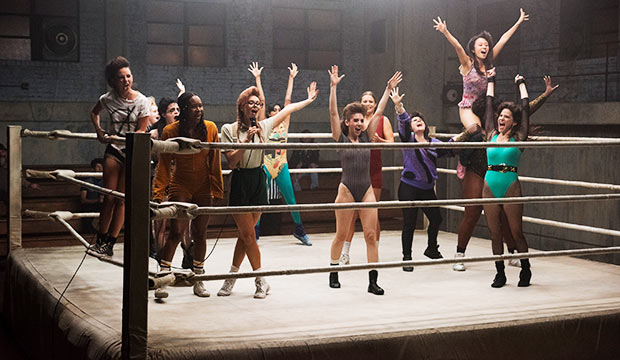 Do the Gorgeous Ladies of Wrestling have what it takes to dethrone the ladies of Litchfield? According to our combined odds, definitely.

The cast of “GLOW” has a leading 8/15 odds to snatch the comedy ensemble trophy from their Netflix network-mates and three-time reigning champs at “Orange Is the New Black,” which stands at 9/2 odds. “Veep” is in third with 11/1 odds, followed by “Curb Your Enthusiasm” (18/1 odds) and “Black-ish” (40/1).

“GLOW” surprised us all with its over-performance at SAG, scoring four nominations for its cast, stars Alison Brie and Marc Maron, and its stunt ensemble to co-lead the TV field with “Stranger Things.” SAG doesn’t normally embrace new shows right away, but voters clearly took a liking to the ’80s wrestling comedy.

If “GLOW” prevails, it would just be the third show since 2011 to win this category after “Modern Family,” which garnered a record four straight, and “Orange,” which is seeking its own record-tying fourth victory. Strength in numbers helps at SAG and no show — not even “Game of Thrones” in drama — has a larger ensemble than “Orange,” which boasts 45 credited cast members this year, up from last year’s 37, and more than double “GLOW”‘s 18 stars. Having that large a block of names staring back at you on a ballot can certainly be persuasive.