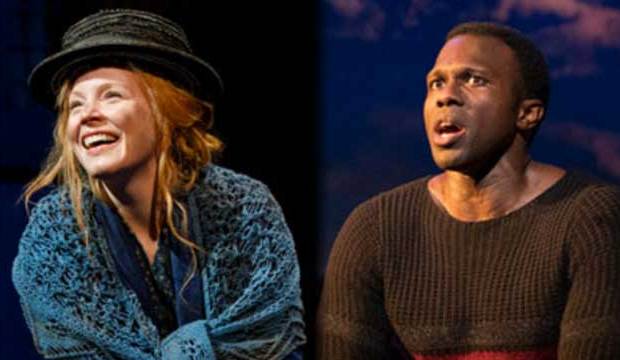 This past Broadway season included only three musical revivals — “Carousel,” “My Fair Lady” and “Once on this Island” —  and they all received multiple Tony nominations. Two of them are new mountings of classics from the golden age while the third is a new take on a contemporary classic. Here’s what each of the three nominees for Best Musical Revival have going for them.

Lincoln Center Theater’s production of “My Fair Lady” currently sits in first place with 3/10 odds. The latest Broadway revival of Alan Jay Lerner & Frederick Loewe’s 1956 classic received 10 nominations overall. It was also nominated in all four acting categories as well as directing for Bartlett Sher and choreography for Christopher Gattelli. Sher helmed Tony-winning revivals of “South Pacific” (2008) and “The King & I” (2015) both for LCT. In the era of the #MeToo movement, his vision for this production makes the show less about a man ‘making’ a woman, and more about a woman finding her true strength and confidence.

“Carousel” is currently in second place with 6/1 odds. The latest Broadway revival of Richard Rodgers & Oscar Hammerstein II’s 1945 masterwork received 11 nominations overall. However, Jack O’Brien wasn’t nominated for directing, so that could be a strike against it. You have to go all the way back to 2005 when the Jerry Zaks-helmed production of “La Cage aux Folles” won this award without a directing nomination. While some critics adored it, there’s also a fair share of them who thought that the staging and design was lackluster with some unnecessary cuts to the original material.

Joshua Henry is ahead with 7/4 odds to win for his leading role as Billy Bigelow. Lindsay Mendez is tipped to win Best Featured Actress in a Musical with 1/5 odds for her performance as Carrie Pipperidge (which is the role that won Audra McDonald the first of her record-breaking six Tonys in the last revival from 1994). Renée Fleming managed to sneak into that category for her performance as Nettie Flower, so they could be at risk of vote-splitting. Justin Peck is also currently predicted to win Best Choreography with 2/13 odds.

“Once on This Island” is currently in third place with 10/1 odds. Despite receiving eight nominations overall, this first Broadway revival of Lynn Ahrens & Stephen Flaherty’s 1990 cult musical still slightly underperformed. It didn’t receive nominations in either of the featured acting categories, and Camille A. Brown was snubbed for Best Choreography. Michael Arden did at least manage to receive a directing nomination. While the revival did earn lots of acclaim for how immersive the production itself is, “Once on This Island” is currently predicted to go home empty handed on Tony night just as the original production did in 1991.