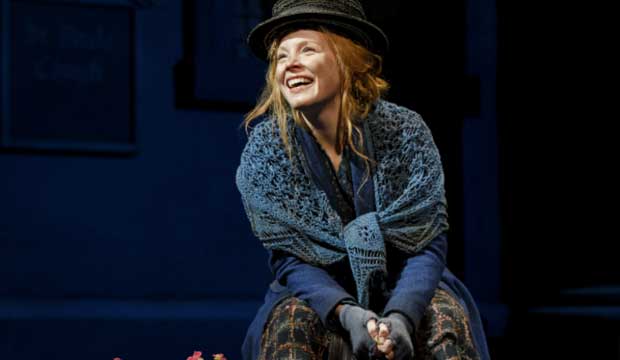 The current revival of “My Fair Lady” marks the fifth time that this “perfect” musical has graced the Great White Way. Emmy nominee Lauren Ambrose of “Six Feet Under” makes her Broadway musical theater debut as Eliza Doolitle, the Cockney flower girl who is turned into a society lady by Professor Henry Higgins. She is a strong contender to win at Sunday’s Tony Awards and, in so doing, would be the first actress to take home Broadway’s highest honor for one of the best roles in musical theater.

Julie Andrews created the role in the original 1956 production of the Lerner and Loewe musical. Though the show won six Tony Awards Andrews lost to Judy Holliday for “Bells are Ringing.” Among the wins for “My Fair Lady” were Best Musical and Actor (Rex Harrison) as well as director, costume design, scenic design and musical direction.

Andrews would suffer another major disappointment a few years later when studio chief Jack Warner demanded a movie star play the role in the film and cast Audrey Hepburn. Hepburn had signed on thinking she was going to get to sing but ended up being dubbed in by Marni Nixon. At the 1964 Oscars things turned around for Andrews. While “My Fair Lady” was nominated for 12 Oscars, Hepburn was snubbed. Andrews won Best Actress for her film debut in “Mary Poppins” while “My Fair Lady” won Best Picture and seven other Oscars.

The well-received first revival of the show in 1976 was surprisingly all but shut out of the Tony nominations, reaping just two bids, both for Best Actor in a Musical: Ian Richardson as Henry Higgins and George Rose as Alfred Doolittle. Even more surprising was that Rose won the award for what is usually considered a supporting role, as it is this year. The Eliza of that production, Christine Andreas, was not nominated.

Rex Harrison brought the show back to Broadway after a lengthy national tour in 1982. That production only received a Tony nomination for Best Revival. Harrison wasn’t eligible as he had played the role before on Broadway. The Eliza of that production, Nancy Ringham, was not nominated either. She was considered to be a little shaky in her performance since she was just an understudy who was put into the show at the last minute after Cheryl Kennedy, who had been touring the country for a year with Harrison, developed voice issues shortly before the Broadway opening.

The most recent revival, in 1994, starred Richard Chamberlain and Melissa Errico. That production was considered some what oddly staged and did not receive any Tony nominations at all.