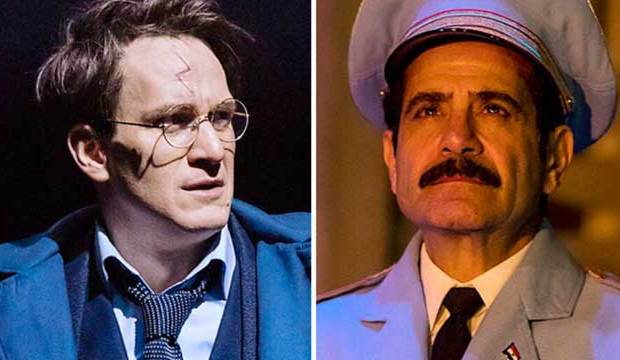 The 72nd Tony Awards were held on Sunday (June 10) and were hosted two past nominees, composer Sara Bareilles (“Waitress”) and actor Josh Groban (“Natasha, Pierre & The Great Comet of 1812”). The CBS telecast from New York’s Radio City Music Hall aired live in the Eastern and Central time zones while those in the Mountain and Pacific time zones had a three-hour tape delay. Scroll down for our live updating report and analysis of the winners as they happened.

Thirty shows were eligible for consideration. A whopping 21 of these earned at least one nomination across the 26 Tony Awards categories. While the nominations were determined by 51 theater professionals, the 2018 Tonys winners were decided by 846 members of the Broadway community.

Heading into the evening, two new musicals – “Mean Girls” and “SpongeBob SquarePants” — had a leading 12 Tony Awards nominations apiece while a third, “The Band’s Visit,” had to settle for 11. The hit British import “Harry Potter and the Cursed Child” led among plays with a whopping 10 nominations.

Two revivals of classic musicals did just as well. Rodgers and Hammerstein‘s “Carousel” has 11 bids while Lerner and Loewe‘s “My Fair Lady” is at 10. The first Broadway remounting of Tony Kushner‘s Pultizer and Tony-winning two-parter “Angels in America” earned 11 nominations while the latest revival of Eugene O’Neill‘s epic “The Iceman Cometh” has eight.

So what happened on Tonys night, and how can we make sense of it all? Follow along below for our live report on who won, who lost and what it all means as it happens. (All times listed are Eastern.)

7:30 p.m.: The Excellence in Theatre Education Award is bestowed in a heartfelt moment to Melody Herzfeld of Marjory Stoneman Douglas High School, which was the scene of a mass shooting earlier this year.

7:40 p.m.: John Leguizamo is given a special Tony Award for his one-man show, “Latin History for Morons.”

7:50 p.m.: Likewise for two-time Tony winner Chita Rivera (“The Rink,” “Kiss of the Spider-Woman”) who is feted for her six decade plus career.

8:05 p.m.: .In their opening number, hosts Josh Groban and Sara Bareilles make merry with their lack of Tony Awards hardware and then showcase ensemble members of all of the nominated musicals.

8:10 p.m.: Kerry Washington presents Best Actor (Play) to Andrew Garfield (“Angels in America”). He plays Prior Walter in this revival, which presented both parts of the play in repertory. The role’s originator, Stephen Spinella, won two Tonys in a row for the original productions.

8:15 p.m.: Emmy darling Tina Fey presented the cast of her stage adaptation of her hit film “Mean Girls,” who performed the show-stopping “Where Do You Belong?”

8:25 p.m.: Carey Mulligan revealed that Laurie Metcalf (“Three Tall Women”) had pulled off an upset in the Featured Actress (Play) race over Denise Gough (“Angels in America”). Metcalf is now part of two separate Tony records as this is her second consecutive win and she now has both awards having won in lead last year for “A Doll’s House, Part 2.”

8:30 p.m.: “My Fair Lady,” which was named Best Musical in 1957, is back on Broadway and the cast presented a medley of “The Rain in Spain,” “I Could Have Danced All Night” and “I’m Getting Married in the Morning.”

8:35 p.m.: Billy Joel presented his pal Bruce Springsteen with a special award for his one-man show, which has played to sold out crowds for months.

8:45 p.m.: Nominee Ethan Slater introduces the performance from his show “SpongeBob SquarePants” with some special lyrics sung to Groban and Bareilles.

8:50 p.m. Bareilles and Groban have fun with the demands of the Broadway schedule with the comic number “Eight Times a Week.”

8:55 p.m.: Katharine McPhee and Erich Bergen reveal the second shocker of the night when Itamar Moses, the book writer for “The Band’s Visit,” wins over Tina Fey for “Mean Girls.”

9:10 p.m.: In another upset, Emmy winner Uzo Aduba revealed that Ariel Stachel had won the featured actor (musical) award for “The Band’s Visit” over Norbert Leo Butz (“My Fair Lady”).

9:30 p.m. Emmy winner Claire Danes reveals that Glenda Jackson has won her first Tony for her return to the Broadway stage after a 30-year absence in “Three Tall Women.” This two-time Oscar and Emmy winner becomes the 24th triple crown acting champ.

9:45 p.m.: Lifetime achievement winners Andrew Lloyd Webber and Chita Rivera presented the best directing award for a musical to David Cromer (“The Band’s Visit”), who spoke eloquently about the need for those in despair to reach out.

9:50 p.m.: Emmy winner Jeff Daniels presented the best director (play) prize to John Tiffany, who oversaw “Harry Potter and the Cursed Child.” He closed his speech by asking the audience to sing “Happy Birthday” to his boyfriend David.

9:55 p.m. The cast of the Tony-winning “Dear Evan Hansen” sang “For Forever” during the “In Memoriam” segment.

10:05 p.m.: “Boys in the Band” co-stars Matt Bomer, Jim Parsons, Zachary Quinto and Andrew Rannells announced that “Harry Potter and the Cursed Child” had won Best Play. With its wins for directing and sweep of the four design awards, it ends the evening with six Tonys.

10:10 p.m.: “Supergirl” star Melissa Benoist introduces a show-stopping performance from “Once on this Island.”

10:20 pm.: John Leguizamo prefaced his presentation of Best Play Revival to “Angels in America” with a reminiscence of his start in the theater.

10:25 p.m.: “The Marvelous Mrs. Maisel” star Rachel Brosnahan introduced a performance by her TV dad, Tony Shalhoub, and the cast of “The Band’s Visit.”

10:40 p.m. Tony and Emmy winner Christine Baranski revealed another shocker wnen “Once on this Island” won Best Musical Revival over “Carousel” and “My Fair Lady.”

11:05 p.m.: Two-time Tony winner Bernadette Peters handed out the final award of the night, Best Musical, to “The Band’s Visit.” The show won 10 of its 11 races, losing only Best Scenic Design to “SpongeBob SquarePants.”