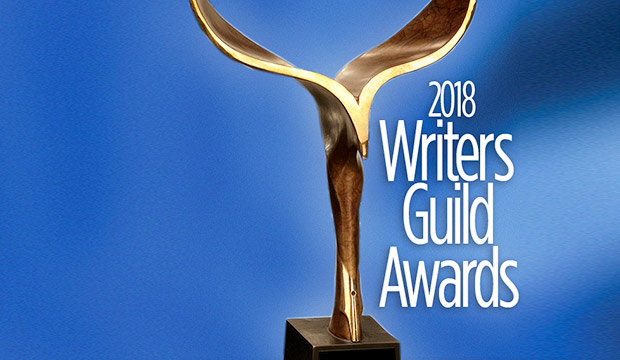 The Writers Guild of America revealed nominations on Thursday (Jan. 4) for the 70th annual edition of its awardsfest, which will be held simultaneously in LA and Gotham on Feb. 11. The original screenplay nominees are: “The Big Sick,” “Get Out,” “I, Tonya,” “Lady Bird” and “The Shape of Water.” The adapted screenplay contenders are: “Call Me by Your Name,” “The Disaster Artist,” “Logan,” “Molly’s Game” and “Mudbound.”

Only scripts written under the guild’s guidelines or those of several international partners are allowed to vie for these awards. Among those ineligible for consideration this year are some of the leading Oscar contenders, including the original screenplays for “Three Billboards Outside Ebbing, Missouri” and “Darkest Hour” and the adapted screenplay for “Victoria and Abdul.”

While the number of films in contention at this year’s Oscars numbers a record 341 Best Picture entries, only 59 original and 47 adapted screenplays were in the running for these precursor prizes. Those counts for the eligible contenders for the WGA Awards are down from last year’s 60 original and 55 adapted screenplay submissions.

As such, these kudos are not the most reliable barometer of the eventual Oscar nominees, In the past eight years only 49 of the WGA nominees have numbered among the 80 screenplays that reaped Oscar bids. Indeed, 2014’s Oscar winner for Best Original Screenplay, “Birdman,” was ineligible here.

“Get Out”
Written by Jordan Peele

“I, Tonya”
Written by Steven Rogers

“Logan”
Screenplay by Scott Frank & James Mangold and Michael Green; Story by James Mangold;
Based on Characters from the X-Men Comic Books and Theatrical Motion Pictures

“Mudbound”
Screenplay by Virgil Williams and Dee Rees;
Based on the Novel by Hillary Jordan

Which adapted screenplays do you think will reap Oscar bids. Be sure to make your Oscar nomination predictions in that category as well as the 23 others. Don’t be afraid to jump in now since you can keep changing your predictions until just before nominees are announced on January 23. And join in the fierce debate over the 2018 Oscars taking place right now with Hollywood insiders in our film forums. Read more Gold Derby entertainment news.