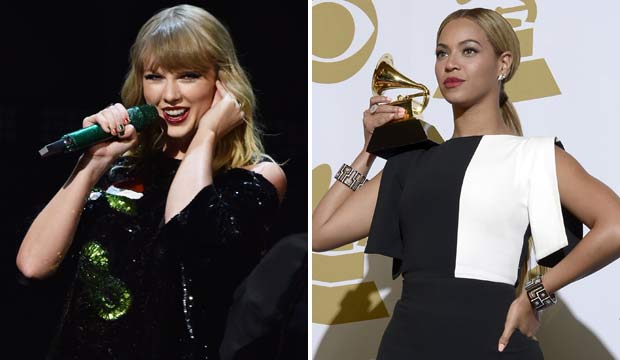 There are only a few weeks of eligibility left for the 2019 Grammy Awards as these prizes bestowed by the recording academy recognize the best music released from October 1, 2017, to September 30, 2018. The nominees will be announced in the late fall with the 61st annual ceremony to follow next winter. And now you can predict the race for Album of the Year right here in our predictions center. For the first time in Grammy history there will be eight nominees. Do you think you already know the winner?

The Grammys have come under fire in recent years. In 2017 Beyonce‘s critically hailed “Lemonade” was the front-runner for Album of the Year, but lost to the easy-listening “25” by Adele. Then in 2018 Grammy voters avoided conventional pop choices in favor of a slate of mostly rap and R&B nominees, so it seemed like the stage was set for a Kendrick Lamar victory for “Damn.” But Lamar still lost to the category’s most adult-contemporary-friendly contender, “24K Magic” by Bruno Mars.

SEE Grammys expanding top categories to 8 nominees each but how many will get to perform on telecast?

On top of that, the Grammys also drew criticism for snubbing women in the nominations, winners and performances; Album of the Year contender Lorde wasn’t even given the opportunity to perform solo during the telecast. In response, the recording academy created a task force to investigate the organization’s practices in the hopes of making the Grammys and the academy itself more inclusive.

A first step in that mission was announced on June 26: there will be eight nominees in the general field categories of Album of the Year, Record of the Year, Song of the Year and Best New Artist. Recording academy president Neil Portnow said in a statement, “This creates more opportunities for a wider-range of recognition in these important categories and gives more flexibility to our voters when having to make the often challenging decisions about representing excellence and the best in music for the year.”

This move is consistent with other show business awards that have expanded in recent years. In 2009 the Oscars doubled Best Picture to 10 nominees, and a couple of years after that they adjusted it to a sliding scale between 5 and 10 nominees. And the Emmys have gradually expanded many of their categories up from 5 nominees. Now Best Drama Series and Best Comedy Series nominate 7 shows each, while the acting races nominate 6, with the potential for even more if the vote totals are close enough for shows and performers on the bubble.

Do you think this change will improve the Grammy nominations and winners in 2019? Who do you think will be the biggest beneficiaries?