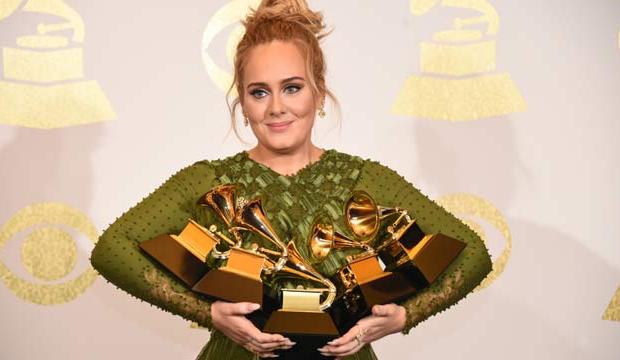 The Grammys made news recently when they announced a major change to their awards: Album of the Year, Record of the Year, Song of the Year and Best New Artist will now have eight nominees apiece instead of five. But our readers have mixed feelings about the change. Almost half of them who responded to our poll (42%) say it’s a “terrible idea! Having more nominees won’t make the nominees or winners any better.” Do you agree? Scroll down to see our complete poll results.

The recording academy has come under fire in recent years for its lack of gender and genre diversity — hip-hop and rap keep losing to more easy-listening pop selections regardless of critical or commercial success, and academy president Neil Portnow added fuel to the fire by telling women to “step up” if they wanted more awards recognition. The Grammys then established a task force to look into the recording academy’s practices. Now we have an expansion that promises to diversify the nominees.

But will it have any effect on the winners? Casting a wider net wouldn’t necessarily have given Beyonce‘s “Lemonade” any more Album of the Year votes, for instance. It might have just increased the number of nominees who lost to Adele‘s “25.” And in 2018 it might have resulted in an even more conservative choice. Bruno Mars won for “24K Magic” after Ed Sheeran‘s “Divide” was snubbed. But it would have been harder to keep Sheeran out of a field of eight nominees, and he’s exactly the kind of respectable pop singer-songwriter who the Grammys might have picked as their winner.

Despite the early skepticism, though, another 41% of our readers are willing to give the Grammys a chance. They’re “undecided,” arguing that “it’s too early to tell if this will have a positive impact” on the outcomes. But only 17% of respondents think this is a “great idea” outright.

Do you agree with our readers who doubt the Grammys expansion? Or is this the beginning of a real sea change for music’s biggest awards? 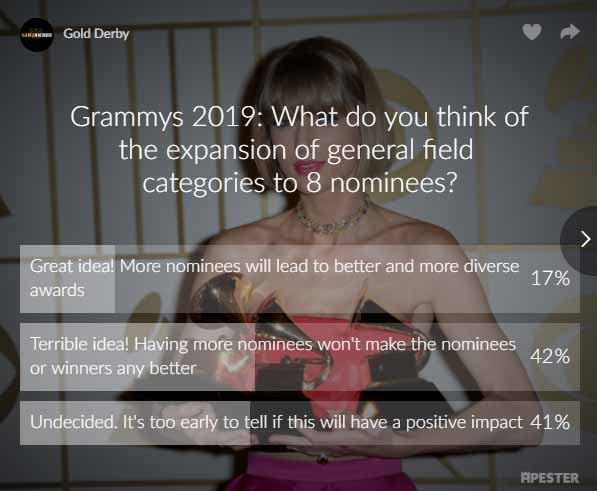 MAKE YOUR PREDICTION: Who will win Album of the Year?
To save your prediction, you must log in to Gold Derby. Click here to sign in with existing account -- or create a new one.
PREDICTthe Grammys now; change them until nominations are announced