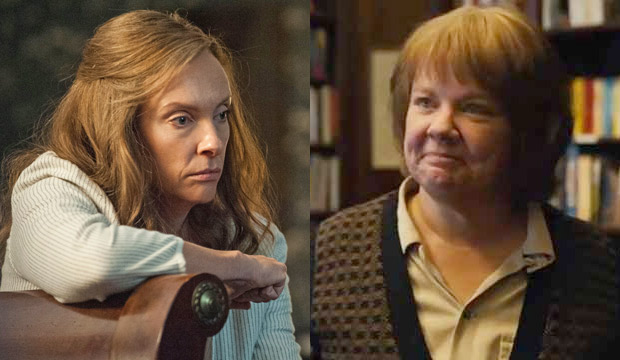 Nominations for the 2019 Independent Spirit Awards were announced Friday, November 16 and as usual they were filled with deserving nominees and egregious snubs. (See the full list of nominations.) Our savvy readers have been debating the Spirit bids all day, with some of their hot topics including Toni Collette being nominated for “Hereditary” and Melissa McCarthy being skunked for “Can You Ever Forgive Me?” Read some of their fiery comments below and then join the discussion in our movie forum.

The Spirit nominations are decided annually by nominating committees that included film critics, producers, directors, writers, cinematographers, editors, actors, past nominees and winners, and members of Film Independent’s Board of Directors. Eligible films must be American productions with budgets smaller than $20 million. This year’s ceremony will take place Saturday, February 23, one day before the 2019 Oscars.

SEE How independent have the Spirit Awards winners been compared to Oscars? You might be surprised

Here’s a sampling of Spirit Awards reactions from our forum posters:

estrelasdealgeruz: “I agree that [Collette] totally deserves to get in at the Oscars.”

Nate: “Melissa McCarthy takes another hit here, as first the Gotham Awards and now the Independent Spirit Awards. Notice Richard E. Grant and not her.”

Luca Giliberti: “Some weird snubs. ‘BlackKklansman’ did not do well – how ironic is it that the white guy [Adam Driver] was nominated. My heart breaks for Melissa McCarthy, again.”

SEE ‘Eighth Grade’ and ‘First Reformed’ clean up in Independent Spirit nominations, but the leading film isn’t up for Best Feature

musterd: “The critics are raving [McCarthy]. Bias against mainstream and comedy stars?”

BigFish: “I love ‘Eighth Grade’ and elated to see it increase its chance to sneak in Best Picture at Oscars.”