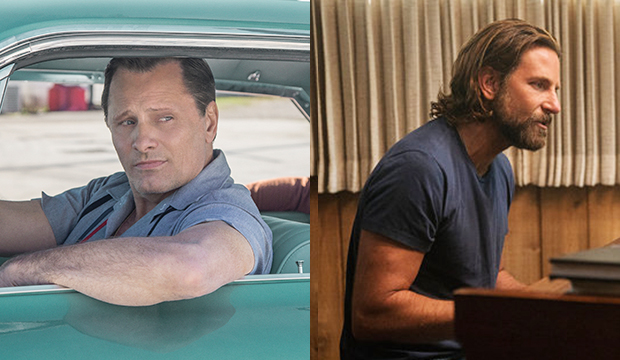 The National Board of Review announced its winners on Tuesday (Nov. 27). Peter Farrelly‘s biopic “Green Book” was named Best Picture with Viggo Mortensen winning Best Actor for his portrayal of Tony “Lip” Vallelonga. While the Oscar frontrunner, “A Star is Born,” lost the big race here, it got three consolation prizes in the form of Best Director (Bradley Cooper), Best Actress (Lady Gaga) and Best Supporting Actor (Sam Elliott).

All four of these films figure in the NBR Top 10, which also includes: “The Ballad of Buster Scruggs,” “Black Panther,” “Can You Ever Forgive Me?,” “Eighth Grade,” “Mary Poppins Returns,” “A Quiet Place” and “Roma.”

Notably absent are four films that are strong Oscar contenders: “BlacKkKlansman,” “The Favourite,” “Vice” and “Widows.” Last year, the NBR didn’t include the eventual Best Picture winner, “The Shape of Water,” in its Top 10 (also MIA were “Darkest Hour” and “Three Billboards Outside Ebbing, Missouri,” which accounted for three of the four winners for acting at the Oscars.)

SEE Oscars Best Picture: ‘A Star is Born’ still leads the race, but ‘Green Book’ is on the move say experts

There are two Freedom of Expression Award winners: the docudrama “22 July” and the documentary “On Her Shoulders.”

The NBR will honor its winners at a gala dinner in New York City on January 8. For the fifth year in a row, NBC newsman Willie Geist will emcee the ceremony.

The last time this group based in New York City comprised of “knowledgeable film enthusiasts and professionals, academics, young filmmakers and students” previewed the Best Picture Oscar winner was back in 2009 with “Slumdog Millionaire.”