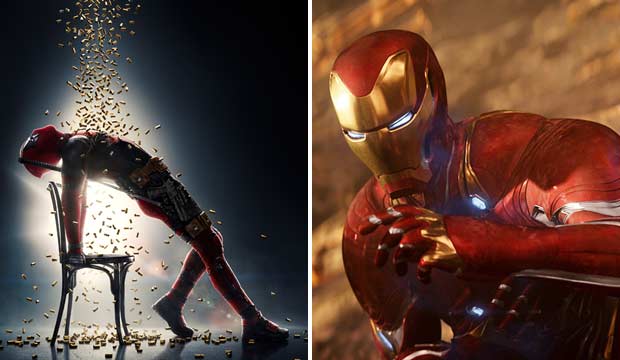 Superhero movies are renowned for their visual effects and often contend at the Oscars in that category. But the last comic book come to life to win this category was “Spider-Man 2” back in 2004. Among this year’s hopefuls are a slew of Marvel movies –“Ant-Man and the Wasp,” “Black Panther,” “Deadpool 2,” “Avengers: Infinity War” and “X-Men: Dark Phoenix” — as well as the DC entry “Aquaman.”

Should that latter film reap a bid, it would mark the first time in this race for a DC film since 2008’s “The Dark Knight,” which lost to “The Curious Case of Benjamin Button.” Below, we catalog the track record of superhero films since then. The years in green had a superhero movie nominated for Best Visual Effects, while the years in red did not. Likewise for the ‘winner’ column.

As you can see, the superhero genre has done well when it comes to nominations. Only three of the last 10 ceremonies did not have such a film in the running for Best Visual Effects: 2009, 2011 and 2015. In two years, the genre managed to get more than one film nominated: in 2008 with “The Dark Knight” and “Iron Man,” and in 2014 with “The Winter Soldier,” “Guardians of the Galaxy” and “Days of Future Past.”

Marvel dominates the list, with nine out of those 10 nominees; the odd one out is Christopher Nolan‘s “The Dark Knight.” Furthermore, eight out of those 10 are Marvel Studios’ movies, with “Days of Future Past” being about Marvel comics’ X-Men but belonging to Fox.

So the likeliest films to get nominated are the three Marvel Studios pictures: “Black Panther,” “Infinity War” and “Ant-Man and the Wasp.” But one of these three is more likely than its siblings to earn that nod: “Infinity War.”

“Infinity War” is a climatic movie that sums up the Marvel Cinematic Universe and brings together the work of thousands across 19 films and a decade of MCU filmmakin. The academy may want to reward this just as it did with “The Lord of the Rings” series. And it has a secret weapon: Iron Man.

As you can see above, all three solo Iron Man films were nominated for Best Visual Effects. With the character, as portrayed by Robert Downey Jr, being the emotional and crucial centrepoint of “Infinity War,” Iron Man could carry this film to golden glory.  “Iron Man” kicked off the Marvel Cinematic Universe in 2008. It would be fitting if the same character could help carry “Infinity War” and the MCU to it’s first Oscar 10 years later.