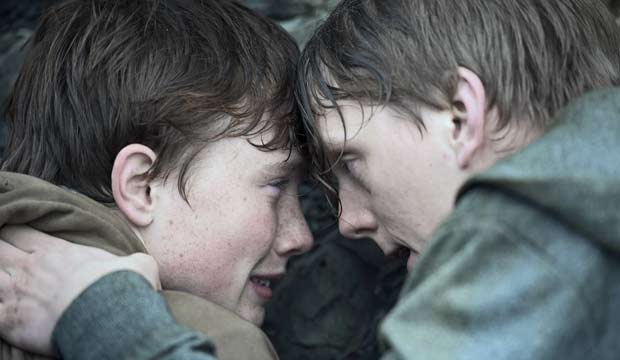 Director Paul Greengrass has brought his unique brand of verite thriller to Netflix: “22 July” debuted on the streaming service on Wednesday, October 10, telling the true story of the title day in 2011 when right-wing extremist Anders Behring Breivik killed 77 people in Norway’s worst attack since World War II. How does it compare to Greengrass’s previous docudramas about real-life acts of terror “Bloody Sunday” (2002), “United 93” (2006) and “Captain Phillips” (2013)?

As of this writing the film has scored 73 on MetaCritic based on 21 reviews. And it has an 83% freshness rating on Rotten Tomatoes based on 47 reviews. The Tomatometer consensus is that it “offers a hard-hitting close-up look at the aftereffects of terrorism, telling a story with a thriller’s visceral impact and the lingering emotional resonance of a drama.”

Greengrass’s previous films in this vein have been awards contenders. “Bloody Sunday” was a BAFTA TV Award winner for its photography/lighting and a nominee for Best Single Drama. “United 93” earned the filmmaker his first and so far only Oscar nomination for Best Director. And “Captain Phillips” earned six Oscar noms including Best Picture. The academy has liked him so much that his “Bourne Ultimatum” (2007) won all three of its Oscar nominations in below-the-line categories, even though spy sequels aren’t usually their cup of tea.

But Netflix has only just started to make a name for itself at the Oscars with scripted fare. It earned its first ever non-documentary nominations for its 2017 film “Mudbound,” which picked up four bids including Best Supporting Actress (Mary J. Blige) and Best Adapted Screenplay. But this year the streaming service has an even more ambitious fall movie slate, which also includes the latest films by Oscar winners the Coen Brothers (“The Ballad of Buster Scruggs”) and Alfonso Cuaron (“Roma“).

Does “22 July” look like a winner to you? Check out some of the reviews below, and join the discussion on this and more with your fellow movie fans in our forums.

Danny Leigh (The Guardian): “Drama and journalism meet in this brave and masterly film about the 2011 massacre of 77 people in Norway by a smirking, far-right extremist … The film’s restraint is its own kind of fightback. Writing about Utøya, Karl Ove Knausgaard called Norwegian culture ‘deeply sincere, almost innocent.’ Greengrass embraces that.”

Jessica Kiang (The Playlist): “That instinct for authenticity remains … But it’s compromised by the language of the screenplay … Crudely put: it is distancing to hear people cry for help or speak anguished, halting truths from their hearts in a second language, and for all the bruising effectiveness of the filmmaking at times, it’s a distraction which ’22 July’ never quite overcomes.”

SEENetflix schedule: Here’s what is coming and leaving in October 2018

David Rooney (Hollywood Reporter): “’22 July’ is a worthy addition to the ranks of ‘Bloody Sunday,’ ‘United 93’ and ‘Captain Phillips.’ It’s both a pulse-pounding depiction of the deadly attacks that shook Norway in 2011 and a sober investigation of the aftermath, evolving into a gripping courtroom drama and a tremendously emotional personal account of one family’s struggle to move on.”

Phil de Semlyen (Time Out): “‘July 22’ feels like a slightly uneasy union of director and material. A rehabilitation story about one young survivor left with a bullet lodged dangerously in his brain, Viljar Hanssen (Jonas Strand Gravli), is bolted together with standard courtroom fare and procedural bits that’ll be familiar to anyone who’s ever watched a Nordic noir … The film’s biggest assets are its two leads, [Gravli and Anders Danielsen Lie].”