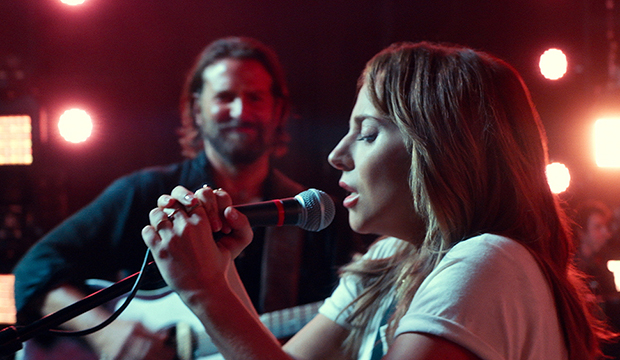 The soundtrack to “A Star Is Born” is dominating the charts just as the film continues to add more millions to its box office total. The music featured throughout, from acoustic ballads to electro pop bangers, is a huge part of “A Star Is Born’s” success, and has very quickly made it the film to beat at the Oscars in the Best Original Song category. Warner Bros. is campaigning three of the film’s tracks for Best Original Song: “Shallow,” “Always Remember Us This Way” and “I’ll Never Love Again.” All three are integral to “A Star Is Born,” a virtual necessity to win in this category, and arguably work well even outside the context of the film.

SEESorry, Bradley Cooper and Diane Warren, but you won’t get a Best Original Song Oscar nomination for ‘A Star Is Born’

“Shallow” has more or less become the anthem of “A Star Is Born” ever since the first trailer dropped, in which the ballad is heavily featured. Initially a simple melody Ally (Golden Globe winner Lady Gaga) performs in a convenience store parking lot for Jackson (Bradley Cooper), the song takes life when Jackson persuades Ally to sing it with him at one of his concerts.

The performance helps gain Ally some newfound fame, prompting her inevitable rise and Jackson’s inevitable fall. The song, about diving headfirst into love, is a compelling narrative in and of itself, starting off as a low-key acoustic number and crescendoing into an epic conclusion that highlights Ally/Gaga’s soaring, out-of-this-world vocals.

“Always Remember Us This Way” is another song written by Ally in the film. After Ally joins Jackson on tour, the haunting love song about their undying love is featured when Jackson permits Ally to debut the track in front of the audience on her own.

The track has shades of Gaga’s past piano-driven ballads like “Speechless” and “Yoü and I,” and similarly gives her an opportunity to show off her dynamic range. It’s no wonder that the crowd watching Ally is immediately drawn into her incredible talent, not only as a singer but a pianist.

SEE‘A Star Is’ torn: Readers divided over the film’s categorization at the Golden Globes

“I’ll Never Love Again” is the centerpiece of the film’s grand finale. Ally performs the song as a tribute to Jackson and demonstrates the extent of their devotion to each other. With Gaga delivering some of the best vocals of her career, the song is an epic anthem in the vein of Whitney Houston‘s “I Will Always Love You” or Celine Dion‘s many power ballads from the ’90s.

The soundtrack features two versions of “I’ll Never Love Again”: the film version, which features that sudden cut that is all the more heartbreaking to those who have seen the film, and an extended version that allows you to marinate in her performance even more.

So which “A Star Is Born” track do you think most deserves the Oscar for Best Original Song? Vote in our poll below.