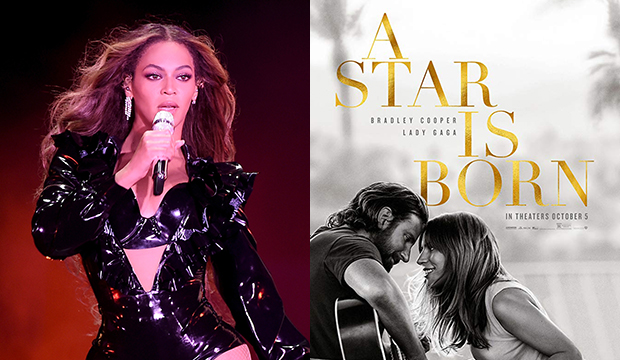 The fourth incarnation of “A Star Is Born” could’ve looked a lot different. Specifically, it could’ve been for the Beyhive and not the Little Monsters. Seven years ago, Clint Eastwood boarded to direct “A Star Is Born” with Beyonce slated to play the rising ingenue who romances an established alcoholic star about to hit rock bottom. So how did we end up with Lady Gaga and Bradley Cooper?

Beyonce had long been rumored as the possible star of the long-gestating remake of “A Star Is Born,” along with Alicia Keys and Rihanna, potentially opposite Will Smith. Smith himself had been discussing remaking the film since 2002, with Jennifer Lopez as his intended star to be born at that time. After director Nick Cassavetes dropped out in January 2011, Eastwood joined to direct, with Beyonce still as the rumored female lead.

In July 2011, the singer confirmed with Reuters she had met with Eastwood and she was in. “I didn’t think I would ever get the opportunity to be the star,” she said. “I met with Clint and I was so nervous, and I know that it is the biggest opportunity of my life.”

At that point, there was still no male lead, but Eastwood had reportedly discussed it with Leonardo DiCaprio, whom he had just directed in “J. Edgar,” but he eventually passed on it. Christian Bale was also in the mix.

A month later, Beyonce memorably announced her first pregnancy during her performance at the MTV Video Music Awards. Warner Bros. had eyed a February 2012 start date for the film, but delayed it due to her pregnancy (she gave birth to daughter Blue Ivy on Jan. 7).

During the delay, Tom Cruise, Russell Crowe, Eminem, Hugh Jackman and Johnny Depp were the new names tossed around for the male lead. Eastwood also discussed the part with Cooper, whom he would later direct in “American Sniper,” at some point, but the actor turned it down because he, 36 at the time, didn’t feel he had enough life experience to play the role. “I knew I would be acting my balls off to try to be what that character was, because I was just too — I just hadn’t lived enough, I just knew it,” Cooper said in his recent New York Times profile.

With no progress on the male casting front and no start date, Beyonce exited in October 2012 due to scheduling conflicts. Eastwood was reportedly interested in casting jazz musician and Grammy winner Esperanza Spalding, but nothing became of it and Eastwood eventually left the project himself.

The film would remain in limbo for almost three years before Cooper — after the death of his father and having done “The Elephant Man” on Broadway — felt he was ready to play the part; he signed on to direct and star in March 2015. According to our sister site Deadline, the first order of business was to try to get Beyonce back. At the “Joy” premiere in December 2015, Cooper denied a report that said Beyonce had officially signed on. “Just a rumor,” he told E! News. “But with that said, I would be honored obviously with to work with her in any capacity.”

Three months later, Beyonce was out for good. She had supposedly asked for too much money, according to Page Six, and Warner Bros. decided she wasn’t irreplaceable (pun intended). Gaga was first reported to be in talks in June 2016 and was officially announced to play the Ally to Cooper’s Jackson two months later.

As Cooper has already shared — and will probably retell this story 126 more times this awards season — he wanted to dive off the deep end with Gaga after watching her perform “La Vie en Rose” at a cancer benefit at Sean Parker‘s house (she sings the Edith Piaf classic in the movie as well). He went to her house, she fed him leftover pasta, they sang “Midnight Special” together, and a meme was born.