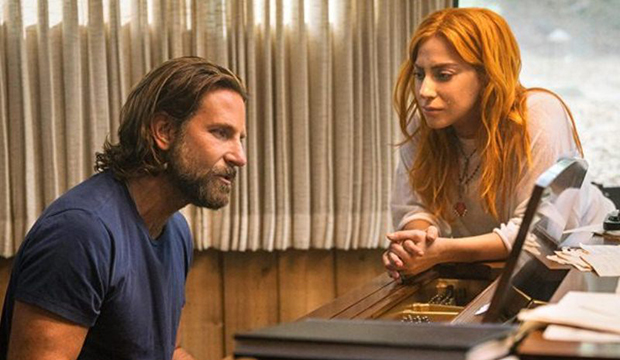 Bradley Cooper won’t get five Oscar nominations for “A Star Is Born” and Diane Warren may have to wait a little longer to get her 10th nomination and first victory. That’s because Warner Bros. has submitted three tracks from “A Star Is Born” for Best Original Song consideration, and none of them are penned by Cooper or Warren.

As posted on its FYC site, the three tunes are “Shallow” (duh), “I’ll Never Love Again” and “Always Remember Us This Way.” All three are co-written by Lady Gaga. “Shallow” was also written by Mark Ronson, Anthony Rossomando and Andrew Wyatt. “I’ll Never Love Again” counts Natalie Hemby, Hillary Lindsey and Aaron Raitiere as its other songwriters. Hemby, Lindsey and Lori McKenna also penned “Always Remember Us This Way.” The Oscars has a two-song limit per film, so all three won’t make the cut. (“La La Land” also submitted three tunes two seasons ago, getting in “City of Stars,” which won, and “Audition [The Fools Who Dream]”, while “Start a Fire” was snubbed.)

Cooper co-wrote four songs for the film: “Black Eyes,” “Out of Time,” “Alibi” and “Too Far Gone.” Warren only co-wrote “Why Did You Do That?”, Ally’s (Gaga) pop hit that carries the immortal line “Why’d you come around me with an ass like that?”

It’s a no-brainer for Warner Bros. to campaign “Shallow” and “I’ll Never Love Again.” The former is the film’s anthem that’s crushing the charts; the latter, its grand, sweeping finale tune. The inclusion of “Always Remember Us This Way” is the most debatable — it also could’ve just submitted two songs — but it’s clear TPTB went with songs centered around Ally and Jackson Maine’s (Cooper) relationship and arc in the movie.

That left Cooper’s and Warren’s songs out in the dust. Of Cooper’s tunes, the best option would’ve been “Black Eyes,” whose pulsating chords open the film. (Jackson’s signature song, “Maybe It’s Time,” was written by Jason Isbell.) Unfortunately for Warren, who lost her ninth bid in March for “Stand Up for Something” from “Marshall,” “Why Did You Do That?” is probably too divisive to be taken seriously. It’s a tune you love to hate and hate to love, a bop that launched a thousand thinkpieces wondering if it’s supposed to be an intentionally bad song (spoiler alert: Warren says it’s not).

Warner Bros. could’ve tried to get Cooper, who’s contending in Best Picture, Best Director, Best Actor and Best Adapted Screenplay, five nominations, but it chose not to be greedy. Five might seem like too much. Besides, it’s not like Cooper, or Warren for that matter, would’ve been been a favorite in Best Original Song — “Shallow” is basically a lock. This focuses his campaign on those four aforementioned categories while also maximizing Gaga’s chances of nabbing two song nominations to go with her expected Best Actress bid.

As for Warren, she also wrote “I’ll Fight” from the Ruth Bader Ginsburg documentary “RBG.” Otherwise she’ll have to come around with a track like that next time.