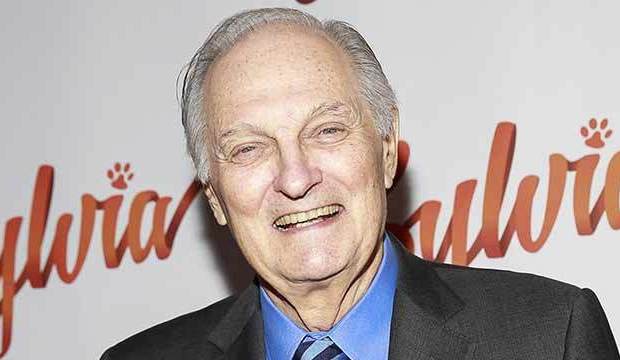 During his 11-season run on the classic CBS comedy series “M*A*S*H,” Alda won as an actor, director and writer. His sixth victory among 35 career nominations was for “The West Wing.” He was inducted into the Television Academy Hall of Fame in 1994. He also won six Golden Globes and four DGA Awards plus achieved an Oscar nomination (for “The Aviator,” 2004) and four SAG Awards bids.

Gold Derby interviewed Alda two years ago about his role on “Horace and Pete” plus chatted with him in a lengthy conversation about television and movies. Of that 1970s program “M*A*S*H,” set during the Korean War of the 1950s, he revealed, “We always knew it was something that was bigger than all of us. We really respected the premise of the show, the fact that it was based on the lives of real people who had been through a really horrific experience. We tried to be true to that and find out as much as we could what that was like in spite of the fact that a lot of the shows were knock-out silly and sometimes crazy.”

Alda announced this summer on “CBS This Morning” that he has had Parkinson’s disease for the past three-and-a-half years. The award-winning actor and humanitarian has continued to take roles, teach classes and serve as a lecturer during this time. In fact, he was on the Emmy Awards ballot this summer for his guest role this season on “The Good Fight.”