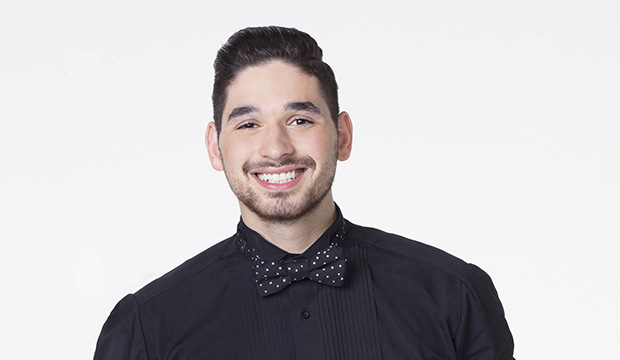 “Dancing with the Stars: Athletes” pro Alan Bersten is one of the favorites to win, with his partner Mirai Nagasu, but the dancer almost didn’t make this season. Just weeks before the cast announcement, Bersten underwent surgery to remove a tumor from his neck.

After experiencing stomach pains while on the “Dancing with the Stars: Live” tour last month, the 23-year-old was diagnosed with a rare and potentially fatal condition called hyperparathyroidism. He had a tumor on one of this parathyroid glands that disrupted the amount of calcium in his blood.

“Just the word tumor is so frightening,” he told “People.” “I didn’t know what malignant or benign meant until I looked it up and I was like, ‘Well hopefully it’s benign — God forbid I have cancer.’ That is more stress than I could ever imagine. I think the scariest part was not knowing.”

SEE Will Mirai Nagasu easily skate to a ‘Dancing with the Stars: Athletes’ victory?

A day after getting his diagnosis, Bersten flew home to Minnesota to visit the Mayo Clinic, where they only had a surgery opening on Wednesday, April 11 — two days before he was due to be on “Good Morning America” in New York for the “Dancing” cast announcement. “Unfortunately the only surgery available was on April 11 so my mom quickly was like, ‘You don’t understand, he has to be on ‘Dancing with the Stars.’ Is there anything we can do?’” Bersten said.

Doctors squeezed Bersten in the next day and removed the tumor, which turned out to be benign. He was also told that the chances of it returning are very slim. “They said it was a miracle that the doctors found it because most people don’t understand they have it until they break a bone or they get kidney stones,” he said. “It was like all of my stars up there in Heaven watching over me.”

After a week of resting at home, Bersten started prepping for “Dancing.” “If they didn’t have a surgeon available, I would have had to wait for this season to finish and then do it. I would be so in my head about it, I would be scared. So I got very lucky that they had time and that I was able to recover in time for the season,” he said. “I met my partner and it was like a new life. I’m so lucky that everything went so well for me, and I got a partner like Mirai.”

Bersten, who’s in his second season as a “Dancing” pro, has a visible scar on his neck that alarmed a lot of fans. “A lot of people were asking about the scar on my neck,” he posted on Instagram. “I’m happy to announce that I’m back and better than ever! Just want to raise some awareness and express how important it is to get your yearly check ups!”

A lot of people were asking about the scar on my neck. I’m happy to announce that I’m back and better than ever! Just want to raise some awareness and express how important it is to get your yearly check ups! Oh and always listen to your mother!! ❤️ I put the link in my bio so you can read the full article P.S. I can’t wait for this season of @dancingabc with my amazing partner @mirainagasu

Carrie Ann Inaba: Hannah Brown's 'Dancing with the Stars' win was 'not what I expected'…

You've no longer got male: Hannah Brown is the first female 'Dancing with the Stars' champ in 5…

Alan Bersten deserves to win his first 'Dancing with the Stars' Mirror Ball Trophy, according to 62% of…