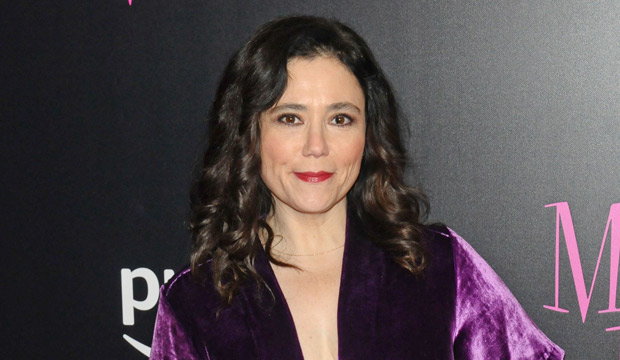 Alex Borstein has won her first career Emmy in Best Voice-Over Performance for Fox’s “Family Guy.” Borstein was the favorite in our predictions center with 1/3 odds of winning. This was Borstein’s fourth Emmy nomination. She was nominated for Animated Program for “Family Guy” in 2008 and this category in 2013. She is also nominated this year in Comedy Supporting Actress for “The Marvelous Mrs. Maisel.”

Borstein won for the episode “Nanny Goats,” in which she plays Lois Griffin, Barbara Pewterschmidt and Natalia. Lois’ parents hire a nanny for the children, so she can spend time with Peter again. The nanny, Natalia from Belarus, does well but reveals she is a former assassin and old enemies show up seeking revenge.

Seth MacFarlane lost twice in this category tonight as he was nominated for both “Family Guy” and “American Dad!” For “Family Guy” (where he was ranked second in our odds at 6/1) he was up for the episode, “Send in Stewie, Please,” for playing Stewie Griffin and Brian Griffin. Stewie is sent to the school psychiatrist (Sir Ian McKellen) after pushing another child down the stairs. The two take turns analyzing each other and why they put up certain appearances for others to see including Stewie’s use of a fake British accent.

For “American Dad!” MacFarlane was nominated for portraying Roger Smith and Stan Smith. He had submitted the episode, “The Talented Mr. Dingleberry” and was last in our predictions center with 66/1 odds of prevailing. When Steve is desperate to win his high school talent show, Roger offers to help him out by being the dummy in a ventriloquism act. When other contestants start getting injured in ways that disqualify them from the show, Steve ends up discovering that Roger is behind all of it.

Dan Castellaneta (“The Simpsons”) was in third place with 22/1 odds of coming out on top.  He had won this category in 2009 and also as a juried award in 1992, 1993 and 2004. He had submitted the episode “Fears of a Clown,” in which he played Homer Simpson, Krusty the Klown, Sideshow Mel and Groundskeeper Willy. When Springfield develops a collective fear of clowns, Krusty decides to become a serious actor and gets cast in a knock-off production of “Death of a Salesman.” On opening, Krusty accidentally causes the audience to laugh and he decides that he truly belongs in comedy.

Russi Taylor, who had received her first nomination, was ranked fourth in our predictions center with 33/1 odds of taking the honor. She was nominated for “The Scariest Story Ever: A Mickey Mouse Halloween Spooktacular,” for voicing Huey, Dewey, Louie, Grandma, The Witch and Minnie Mouse. Mickey Mouse attempts to tell a scary story to Huey, Dewey and Louie. The first two fail to scare them but Mickey succeeds when he tells the story of rotten boys who steal pies from an old grandma who turns out to be a witch. Mickey ends up being scared himself by a witch at the front door that turns out to be Minnie Mouse in costume.