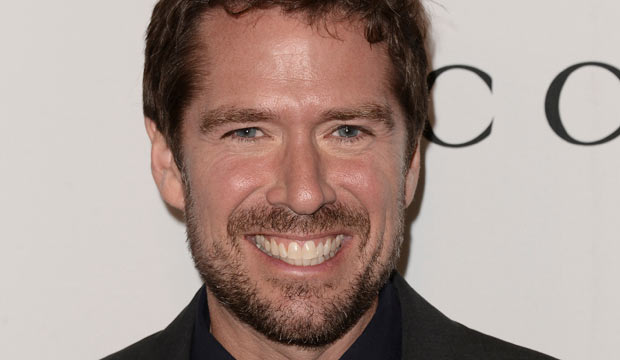 “Buffy the Vampire Slayer” was a cultural phenomenon with a lasting impact that few TV series achieve. It launched several acting careers, the spin-off series “Angel,” and it cemented creator Joss Whedon as king of all geek-dom, which eventually led to his big-screen success as the director of “The Avengers” (2012) and “Avengers: Age of Ultron” (2015). Despite its success and acclaim, however, the series was never an Emmy darling. And the curse has continued to follow the “Buffy”-verse actors as no “Buffy” or “Angel” performer has ever earned a Primetime Emmy for acting in their careers. That could all change this year thanks to Alexis Denisof.

Denisof portrayed Wesley Wyndam-Pryce, an uptight Watcher introduced in Season 3 of “Buffy.” He later reprised the character as a member of the main cast of “Angel.” He was never nominated for that role, but this year Denisof is finally up for an acting Emmy, thanks to a relatively new category: Best Short Form Actor. He competes for the comedic web series “I Love Bekka and Lucy,” in which he plays Glenn, a flirtatious neighbor of the title characters who threatens their domestic bliss.

The Emmys have only recently started recognizing actors from short form series, as this is just the third year an Emmy has been awarded for such achievements. Denisof is up against Melvin Jackson Jr. (“This Eddie Murphy Role is Mine, Not Yours”), DeStorm Power (“Caught: The Series”), Miles Tagtmeyer (“Broken”), and Emmy winner James Corden (“James Corden’s Next James Corden”). The category is difficult to predict since there are only two past years of history to pull from, but Denisof might benefit from being one of the more recognizable names in the lineup. Will that help him break the “Buffy”-verse curse?

Though “Buffy” alums haven’t had much Emmy luck as actors, it would be wrong to say that no “Buffy” alums have been awarded by the TV academy. Seth Green, who played lovable werewolf Oz, has two Emmys for Best Short Form Animated Program thanks to his stop-motion creation “Robot Chicken” (2010, 2016). And Danny Strong, who portrayed outcast-turned-villain Jonathan, has also become a successful writer and producer. He has two Emmys: Best Movie/Miniseries and Best Movie/Mini Writing for HBO’s “Game Change” (2012).

If Emmy voters back Denisof’s performance, he could get retribution for the countless times the academy snubbed “Buffy” actors. That includes Buffy herself, as Sarah Michelle Gellar was never able to scare up a nomination despite years of acclaim. She picked up a Daytime Emmy for “All My Children” in 1995, two years before she got started on “Buffy,” and she did get one Golden Globe nomination (2000) as a consolation prize for her star-making role, but she never got on the radar of Primetime Emmy voters.

Even Denisof’s real life spouse Alyson Hannigan couldn’t overcome genre bias. Her “Buffy” character Willow descended into darkness in Season 6 following the death of her on-screen girlfriend, but Emmy voters ignored her transformation. The Emmy curse followed Hannigan to “How I Met Your Mother,” another hit series that didn’t land the actress a single nomination despite nine years on the air and a 2009 nomination for Best Comedy Series. With a “Buffy” reboot recently announced, maybe it’s time to finally start honoring the original team of actors.