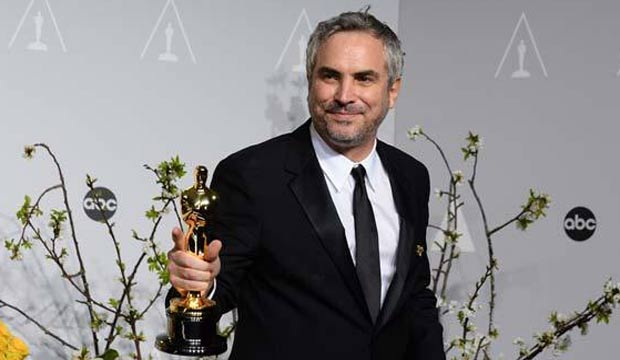 The New York Film Critic Circle named “Roma” as the Best Picture of the year and awarded Alfonso Cuaron both Best Director and Best Cinematography. He is all but certain to win those races at the Oscars. His film is a strong contender for the top Academy Award as well as Best Foreign Language Feature and Best Film Editing.

Cuaron is ranked first on our Best Director Oscars odds chart, ahead of Bradley Cooper (“A Star is Born”), Spike Lee (“BlacKkKlansman”), Yorgos Lanthimos (“The Favourite”) and Damien Chazelle (“First Man”). Likewise, he leads among lensers and cutters (he won the Film Editing Oscar for “Gravity”).

And he is tipped to take the original screenplay award. He was nominated for Best Original Screenplay for “Y Tu Mama Tambien” in 2001 and Best Adapted Screenplay in 2007 with “Children of Men.” He’s never won a writing award, so voters may like to reward him here as well.

“Roma” is currently ranked second for Best Picture behind “A Star is Born.” While there has been a certain amount of snobbery regarding Netflix pictures, the streaming service proved to be an awards force last year with eight Oscar nominations in total, including four for “Mudbound.”

While we aren’t predicting the Foreign Language Film race just yet, “Roma” is regarded as a frontrunner. That could affect its Best Picture chances with voters who want to share the love.

The same thing happened in 2001 to Ang Lee‘s “Crouching Tiger, Hidden Dragon.” It won Best Foreign Language Film but lost its Best Picture and Best Director races, as well as four other races. However, it did also take home Oscars for Original Score, Production Design and Cinematography.