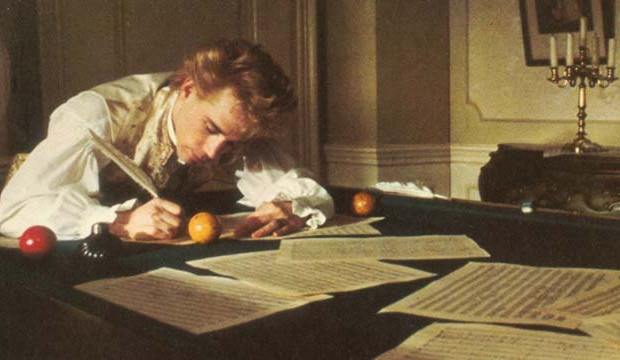 While Antonio Salieri (F. Murray Abraham) says in “Amadeus” that he speaks for “all mediocrities in the world,” the film clearly rises above such mediocrities, according to you. The 1984 movie is your favorite Best Picture winner of the 1980s, based on the votes of a recent Gold Derby poll. The biopic about the complicated relationship between Salieri and Wolfgang Amadeus Mozart (Tom Hulce) narrowly won the vote over the nine other ’80s winners.

In one of the most dominant performances at the Oscars in the ’80s, “Amadeus” took home a whopping eight Oscars. In addition to Best Picture, the film won Best Director for Milos Forman, Best Actor for Abraham, Best Adapted Screenplay, Best Art Direction, Best Costume Design, Best Makeup and Best Sound. The film had three other nominations, including another Best Actor (for Hulce), Best Cinematography and Best Film Editing.

While “Amadeus” takes creative liberties with the lives of both Mozart and Salieri, it remains one of the most stirring biopics to win Best Picture. While the film was given a PG rating when it was released in 1984, an R-rated director’s cut was released on home video in 2002, featuring 20 minutes of additional material.