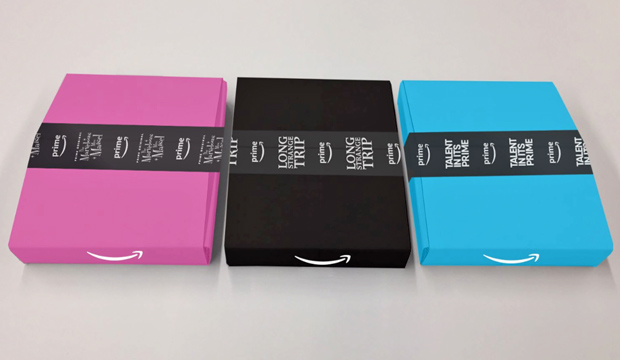 TV academy members, check your doorsteps as Amazon’s 2018 Emmy FYC mailer has arrived. The glossy package features three separate booklets (see photos above and below) highlighting their original programs that streamed during the 2017-18 television season. Comedy series “The Marvelous Mrs. Maisel” and documentary series “Long Strange Trip” are showcased in their own booklets, while the the third highlights “The Dangerous Book for Boys,” “The Tick,” “Transparent,” Mozart in the Jungle,” “Grand Tour” and “Electric Dreams.” 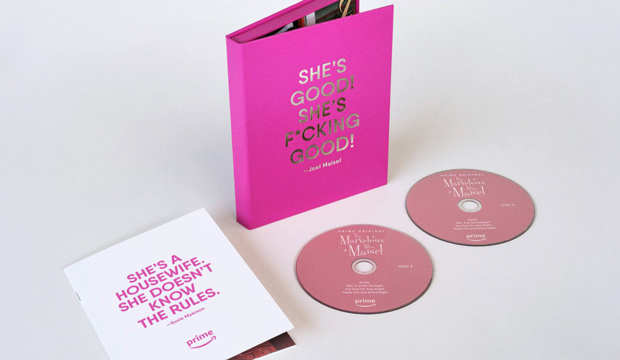 “The Marvelous Mrs. Maisel” stars Rachel Brosnahan as the titular Midge Maisel, a 1950s New York housewife, who has a midlife crisis and becomes a standup comedian. The show has already won top honors at the Golden Globes, Critics’ Choice and PGA Awards, and is considered a frontrunner for Best Comedy Series at the Emmys. 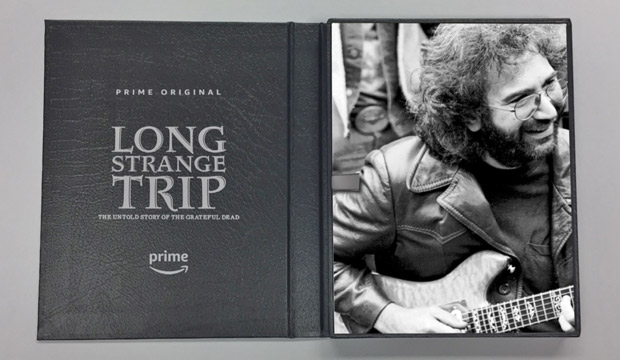 Director Amir Bar-Lev and producer Eric Eisner present “Long Strange Trip,” a six-part documentary about the Grateful Dead. Executive produced by Martin Scorsese, the project first debuted at the Sundance Film Festival before streaming on June 2, 2017. The band’s leader Jerry Garcia is quoted on the FYC package declaring, “Instead of making something that’d last forever … I think I’d rather have fun.”

As Eisner told us in a recent webchat, the more he learned about Garcia, the more his perception changed. “It was really interesting hearing it from the horse’s mouth about these guys finding the light with Garcia and how bright it was early on and just following him,” Eisner admitted. Watch our complete interview with Bar-Lev and Eisner. 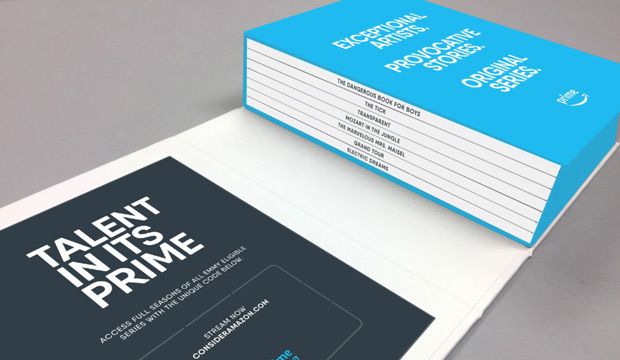 “Talent In Its Prime” is the tagline for the third FYC booklet that highlights a whole slew of Amazon originals. Among the contenders, children’s program “The Dangerous Book for Boys,” starring Chris Diamantopoulos, Erinn Hayes and Swoosie Kurtz, is based on the popular book by Conn & Hal Iggulden. Then there’s comedy series “The Tick,” a tongue-in-cheek adaptation of the 1980s comic book character with Peter Serafinowicz in the lead role.

Returning comedies “Transparent” and “Mozart in the Jungle” are both well-known to voters as they’re former Emmy winners. “Grand Tour” is Amazon’s motoring reality program hosted by Jeremy Clarkson, Richard Hammond and James May. And “Electric Dreams,” from developers Ronald D. Moore and Michael Dinner, is the streaming giant’s auspicious new anthology series based on the works of Philip K. Dick.