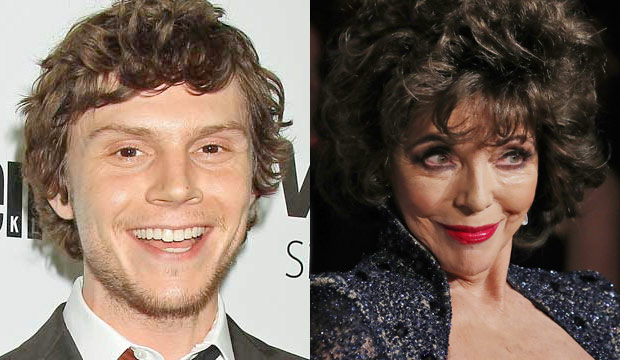 At Friday night’s Emmy FYC event for FX’s “American Horror Story: Cult,” showrunner Ryan Murphy revealed several juicy spoilers about the mysterious eighth season, due out in the fall. “We start shooting Season 8 around June 16 this year and I haven’t talked at all about it, so we’re gonna play a game,” Murphy told cast members Sarah Paulson, Evan Peters, Adina Porter, Billy Eichner, Leslie Grossman and Cheyenne Jackson. Each Emmy-eligible performer got to ask a question about the upcoming season, and Murphy delivered big answers for the audience of TV academy members at the WGA Theatre.

Below, see all of the breaking “AHS” Season 8 spoilers that fans are already drooling over:

*All six actors who attended Friday’s Q&A and screening of “AHS: Cult” will be back next season, joining Joan Collins and Kathy Bates, who was previously announced. While it was already known that Paulson and Peters would be back, this was the first we heard Murphy confirm the returns of Porter, Eichner, Grossman and Jackson.

SEE Evan Peters (‘American Horror Story: Cult’): ‘The seductive side, the crazy side, the manic side, the evil side’ [Complete Interview Transcript]

*Peters, the only male actor to appear in all eight cycles (Paulson is the only female actor), will be playing a “comedic part,” Murphy told the “Cult” scene-stealer. “You are comedic and will play a hairstylist.”

*Paulson inquired about the timeline, and Murphy confirmed early speculations that it’s “set in the near future.” He added, “It is set 18 months from today,” which means “American Horror Story” Season 8 will take place in October 2019.

*Eichner wanted to know whether Season 8 would be more fantasy-inspired than “Cult,” which was the most grounded season so far. Murphy confessed that it’ll be in the same tone as “Asylum” and “Coven,” so we can expect a dark season with moments of humor.

*”Are there minorities in it?” asked Porter. As the audience cheered and applauded, Murphy explained, “I can tell you that three of our leads are indeed minorities.”

*Jackson chose to give his question to an audience member, who asked about a future possible guest stint by Anjelica Huston. Murphy would only say that he’s “talking” with the Oscar winner for “Prizzi’s Honor” (1985).