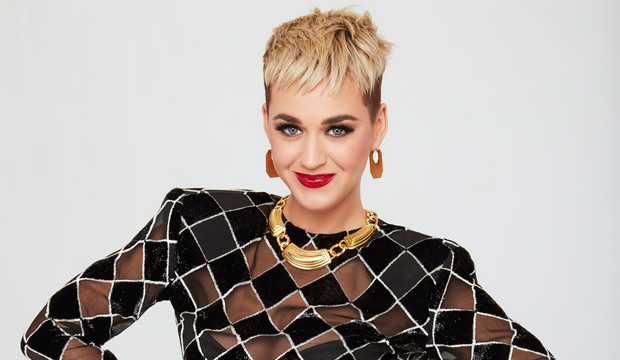 “American Idol” doesn’t return to the air till next March, but it has already whittled the contestants down to the top 24 as Hollywood Week just finished filming. Upwards of 100 would-be winners were flown to Los Angeles from all across the country to sing for the three judges (Luke Bryan, Katy Perry and Lionel Richie) again.

During a break in the cutthroat auditions, they gathered on stage to surprise Katy with an a capella cover of her new hit song “Cozy Little Christmas.” She was clearly moved by the gesture and tweeted the video to her millions of followers. But don’t expect the pert Perry to turn all sentimental when it comes to judging which of these hopefuls to put through to the live shows.

One of the BEST gifts of being an artist is when people joyfully sing back the lyrics that you wrote. So excited to reveal the faces of these beautiful @AmericanIdol voices starting March 3rd on @ABCNetwork #CozyLittleChristmas 🎅🏻🎄🎶 pic.twitter.com/JtFx1kitUm

As you can see (or not), the savvy producers of the show blurred out the faces of the contestants. Although the set was closed, we do know that radio DJ Bobby Bones has been hard at work as a mentor to the contestants who’ve made it this far. He spent plenty of time with them before they took to the stage of the Orpheum Theater where they had to sing for survival.

At this stage of the competition, the dozens of contestants are split up into groups of 10 that perform for the panel. From each group, the trio of judge put half of the artists through while the other five are sent packing.

Stay tuned for “American Idol” spoilers as we learn who made the cut in Hollywood Week.

Chris Harrison has exited the 'Bachelor' franchise for good

'The Bachelorette' premiere recap: Katie begins her journey to find a 'grown-ass man'