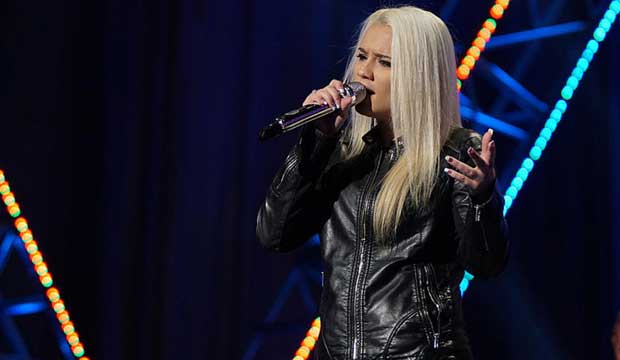 Gabby Barrett did what was needed on Sunday’s “American Idol” finale to ensure that she wins season 16 over her two remaining rivals,  Caleb Lee Hutchinson and Maddie Poppe. In our overnight poll, Barrett has the backing of 51% of viewers while Poppe sits in second place with 36% and Hutchinson lags behind with an unlucky 13% of the total tally. These three young talents performed three songs apiece on the two-hour show that aired live nationwide on ABC: a tribute to their hometowns; a reprise of a favorite from earlier in the season; and their respective winner’s singles.

After reviewing the roster of songs, be sure to vote in our poll as to who you think will win season 16 of “American Idol.” And then sound off in the comments section with your thoughts on this ABC revival, including how you think that host Ryan Seacrest and judges Luke Bryan, Katy Perry and Lionel Richie did.