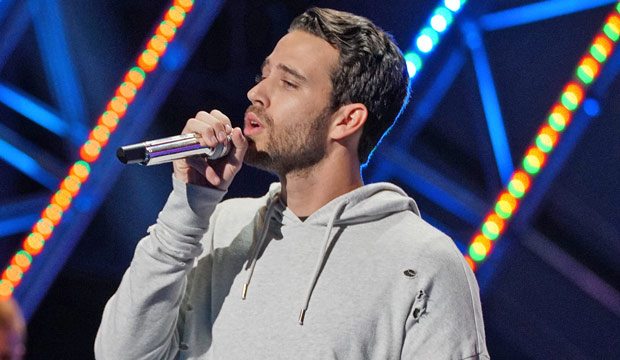 Trevor Holmes saw his “American Idol” journey come to an end on Monday when he didn’t make the Top 24. While he numbered among the Top 50, his performance of “Slow Hands” by one-time One Direction star Niall Horan didn’t impress the judges enough for him to move on in the competition.

This was a surprise, given that he had a huge fan in head judge Katy Perry. On Sunday’s episode we had seen him wow her with his cover of Phillip Phillips‘ “Home.” Phillips was the season 11 winner of “American Idol” when it was still on FOX. Holmes won’t be winning season 16, which is on ABC.

Holmes first caught Perry’s fancy on the second episode of the revival. She was clearly impressed with his cover of the Brett Young chart-topper “In Case You Didn’t Know.” Holmes, a 27-year-old construction worker from Thousand Oaks, CA, readily admitted he had a massive crush on Perry for years. However, he was thrown when she flirted back.

Perry was a little more reserved by the time of his second appearance on Sunday, declaring that she was “over it” before he took to the stage. However, after his performance she did pursue him, only to be surprised to see him hugging his girlfriend.

SEE ‘American Idol’ Season 16 schedule: When are the live shows and grand finale?

Backstage, unaware of what was going on, Trevor remarked, “I got a good feeling from the judges. When I was singing they were all smiling and Lionel was like, ‘Look at me, focus right here.’ That calmed me and helped me with my performance, so I do feel like I’m gonna make it through.”

But while he did get a chance to sing again as part of the Top 50, it was not meant to be. He told TMZ that he is grateful to Perry for the opportunity and thanks her for the attention that she has brought him and his music.