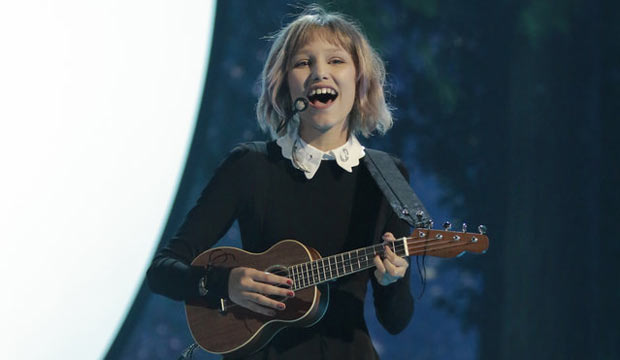 You’d think there’d be a strong correlation on “America’s Got Talent” between which act performs LAST during the Finals and who ends up being named the winner, as that act would be freshest in voters’ minds. But amazingly, the opposite is true. Over the course of all 12 seasons of “AGT,” only two acts went on to win the $1 million prize after being given the plum spot in the finale: Season 11’s singer-songwriter/ukuleleist Grace VanderWaal and Season 7’s animal act Olate Dogs. Is there a curse for acts who perform last during the Finals?

SEE ‘America’s Got Talent’ controversy: Is Courtney Hadwin too young to be on ‘AGT’?

VanderWaal and Olate Dogs were heavy favorites heading into the respective finales, so it’s possible producers gave them the final position as a way to boost their visibility. But many acts in other years have also been the frontrunners to win and producers chose not to place them last. Ventriloquist Darci Lynne Farmer was predicted to win Season 12 but she performed eighth out of 10 acts. And in Season 10 Paul Zerdin was the favorite to win but producers made him perform sixth out of 10 acts.

SEEWhen is ‘America’s Got Talent’ finale? Who are the Top 10 finalists? Courtney Hadwin, Shin Lim …

What does all of this mean for the Season 13 Finals of “Americas Got Talent,” which will air on NBC Tuesday, Sept. 18 (performance show) and Wednesday, Sept. 19 (results show)? The predicted winner is 14-year-old singer Courtney Hadwin, who’s been the heavy favorite ever since Howie Mandel pressed his Golden Buzzer for her back in the auditions. If “AGT” producers secretly want Courtney to win, they may opt to have her perform eighth or ninth, thereby avoiding the curse of the final position.

SEE Who will win ‘America’s Got Talent’: Courtney Hadwin, Shin Lim or one of 8 other ‘AGT’ finalists?

As of this writing, Courtney has leading 5/6 odds to win, putting her ahead of close-up magician Shin Lim in second place (4/1 odds), singer Michael Ketterer in third place (17/2 odds) and acrobatic act Zurcaroh in fourth place (20/1 odds). Whatever act you’re rooting for to win, here’s hoping they’re not relegated to the so-called cursed position of going last on performance night.

Here’s a closer look at how the “AGT” curse has affected former acts who performed last during the Finals:

Season 1: The Millers performed last and ended up as the runner-up to Bianca Ryan (she performed fourth out of 10 acts)

Season 4: Recycled Percussion performed last and finished in third place; winner was Kevin Skinner (he performed ninth out of 10 acts)

Season 6: Silhouettes performed last and ended up as the runner-up to Landau Eugene Murphy Jr. (he performed first out of four acts)

Season 8: Forte performed twice (fifth and last) and finished in fourth place; winner was Kenichi Ebina (he performed second and 11th out of six acts)

Season 9: Emily West performed twice (third and last) and finished in fourth place; winner was Mat Franco (he performed second and seventh out of six acts)

Season 10: Drew Lynch performed last and ended up as the runner-up to Paul Zerdin (he performed sixth out of 10 acts)