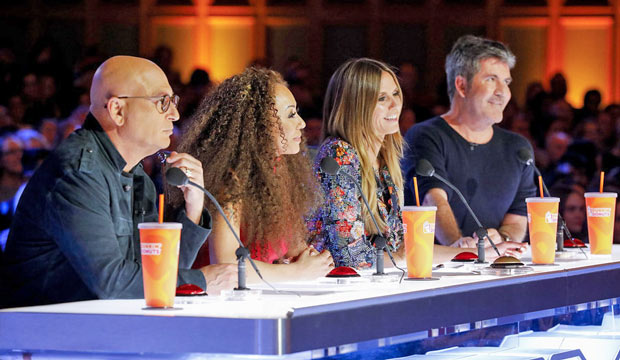 Simon Cowell, Heidi Klum, Mel B and Howie Mandel are currently in the midst of the Judge Cuts rounds on “America’s Got Talent,” so now’s the perfect time to let us know who YOU find yourself agreeing with the most. NBC’s popular reality TV show has been around for 13 seasons now and while many judges have come and gone, the current crop consists of a mega-producer (Cowell), a supermodel (Klum), a pop star (Mel B) and a comedian (Mandel). Do you tend to side with one “AGT” judge in particular? Vote down in our poll below.

SEE‘America’s Got Talent’ fans in an uproar over elimination of opera singer Daniel Emmet: ‘He is absolutely amazing!’

Cowell created and produced “America’s Got Talent,” but only officially joined the judging panel in 2016 to replace Howard Stern, who wanted to focus on his radio career. Of course, Cowell first became a household name in the United States for his take-no-prisoners role as a judge on “American Idol.” Over the years Cowell has become a nicer, more kind-hearted personality on “AGT,” though his nasty side still occasionally comes out to play.

Klum joined “AGT” in 2013 in a newly created fourth seat at the judges’ table, giving the panel an even male-female split for the first time. Klum’s career began in the fashion world as a supermodel, but has since become a television mainstay on both “AGT” and for her Emmy-winning role as the host of Lifetime’s design competition series “Project Runway.” She is nominated again this year for “Project Runway” alongside co-judge Tim Gunn.

Best known as Scary Spice of the worldwide super girl group the Spice Girls, Mel B came to “America’s Got Talent” in 2013 as the replacement for Sharon Osbourne. Prior to “AGT,” Mel B had competed on ABC’s “Dancing with the Stars,” where she was the runner-up and has on-again, off-again stints as host of various “The X Factor” incarnations around the world. Just last week Mel B was voted the most annoying judge on the “AGT” panel.

Currently the longest-serving “America’s Got Talent” cast member, Mandel first joined the series in 2010 after the departure of David Hasselhoff. Mandel’s career began as a stand-up comedian before moving to television with his acting roles on popular shows like “St. Elsewhere” and “Bobby’s World.” In 2005, he began hosting NBC’s game show “Deal or No Deal” for which he earned a 2008 Emmy nomination.