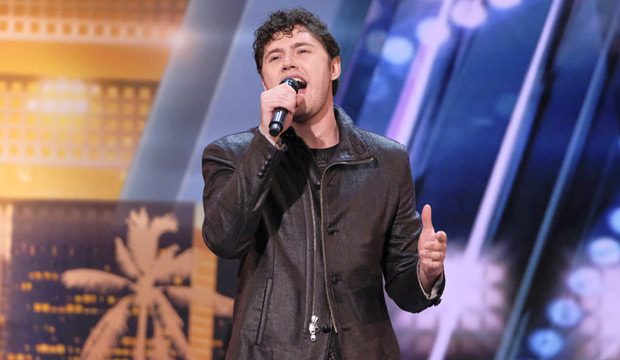 After the shocking elimination of opera singer Daniel Emmet during the Judge Cuts 1 episode of “America’s Got Talent,” viewers are in an absolute uproar. Fan reactions range from “He is absolutely amazing!” to “What is wrong with the judges?!” to “Daniel was totally robbed.” See a selection of fan comments down below and then be sure to give us YOUR thoughts on Emmet’s controversial ouster.

“AGT” judges Simon Cowell, Heidi Klum, Mel B and Howie Mandel and guest judge Ken Jeong watched 18 acts perform on Tuesday night, but could only put through seven of them to the live rounds. Jeong honored Voices of Hope Children’s Choir with his Golden Buzzer, which took one of the seven slots.

The other six acts that the judges advanced were dance group Junior New System, band Us the Duo, diabolo juggler Mochi, danger act Aaron Crow, singer Christina Wells and trapeze act Duo Transcend. The “Americas Got Talent” live shows will take place at the Dolby Theatre in Hollywood after the Judge Cuts round conclude.

When Emmet first appeared back in his June 19 audition he was interrupted mid-performance by Cowell because he didn’t like the 25-year-old’s original song. Cowell tasked Emmet with learning a brand new song, Il Divo‘s “Passera,” which he had never even heard before. When Emmet appeared hours later he belted it out like a true professional and earned four “yes” votes from the judges.

During his return to NBC’s reality TV show this week, the judges gave him nothing but praises following his rendition of Lara Fabian‘s “Caruso.” Mel B said, “Your singing is just out of this world.” Klum noted, “I could listen to that all night long.” Jeong declared, “I’m so thrilled to watch you.” And Cowell concluded, “I think you’ve worked this out.” Despite the accolades, the judges decided to end his “AGT” journey.

Here’s just a sampling of fan comments expressing outrage over Daniel Emmet’s elimination. Do YOU agree with them?

Julie Pillow: “I was hoping he would even win. Hopefully, he was not moved on to the live shows because he was offered some kind of a contract already as a professional singer. He is absolutely amazing!”

Kathy Towson: “Daniel has a perfect voice and showmanship – he is a Superstar. What is wrong with the judges?!”

Kaytee Lucas: “I was so shocked when the judges eliminated Daniel. They need to be ashamed of themselves. I thought Mel B. was going to fight for him.”

Bonnie Thompson: “Can’t believe the judges did not put Daniel thru over a couple of the ones they did put thru. I think the judges vote on sympathy more than talent.”

Mike Campbell: “Simon Cowell (et al.) lost ALL CREDIBILITY as judges when they voted the golden voice of Daniel Emmet out.”

Jim H: “Daniel was totally robbed. In my view, he was a strong contender to win the whole thing. Most of those put through seem to have been granted that privilege because they had a sad story.”

Tom: “I didn’t understand the judges’ decision at all. They need to explain this one. Perhaps he was too professional?”