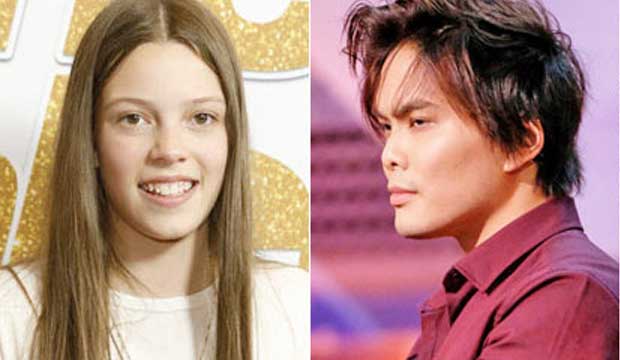 Courtney Hadwin may regret being the “America’s Got Talent” frontrunner from the very start of the season. With just hours left before she performs in the “AGT” final on Tuesday September 18, this teenage singing sensation has seen her lead over magician Shin Lim shrink. Indeed the latter, a sleight-of-hand artist, has pulled perilously close to her in our predictions. However, Hadwin still has the edge according to our exclusive odds, albeit a very small one.

Hadwin and Lim have not faced off against each other since the first quarterfinal when they numbered among the seven acts put through. They went on to appear on separate semifinals. Lim was the stand-out act on the first semifinal on Sept. 4 while Hadwin stole the show on the Sept. 11 second semifinal. Tuesday’s live final on NBC will bring us the much-anticipated title bout of Courtney Hadwin vs. Shin Lim.

Are you on Team Hadwin or Team Lim? Or do you prefer one of the other eight finalists? Who do you think will be named season 13 champ on Wednesday and win the $1 million grand prize and a chance to perform at a Las Vegas casino?

After reading our recaps of the performances on the semifinals of all 10 acts that have made it through to this stage of the competition, be sure to make your predictions below as to the final results. You can keep changing your predictions until just before the live results show airs on September 19 on NBC. You’ll compete to win bragging rights and a $100 Amazon gift certificate. (See our contest rules.)

Vicki Barbolak: stand-up (Semi Final 2)
This sassy comedienne had the judges and audience laughing at her put-downs and send-ups.

Samuel J. Comroe: stand-up comedian (Semi Final 1)
The focus of his set was back on his Tourettes and won him the Dunkin’ Save.

Duo Transcend: Trapeze artists (Semi Final 1)
This married duo of acrobats did a dazzling routine set that had the audience and judges holding their collective breath. They won a sudden-death judges choice which went to the popular vote.

Glennis Grace: singer (Semi Final 2)
She had the audience cheering her cover of “This Woman’s Work” by Maxwell.

Courtney Hadwin: singer (Semi Final 2)
This little girl with the big voice delivered once again with a rollicking rendition of “Born to Be Wild” by Steppenwolf.

Brian King Joseph: electric violinist (Semi Final 2)
He performed a dazzling routine that was electrifying in more ways than one.

Michael Ketterer: singer (Semi Final 1)
Simon Cowell‘s Golden Buzzer had the audience cheering his cover of “When I Look at You” by Miley Cyrus.

Shin Lim: Magician (Semi Final 1)
This master of the sleight of hand had both Mel B and Heidi Klum help him with a trick that dazzled the audience with its daring.

Do you think Courtney Hadwin or Shin Lim will be the winner? Or can one of these other acts pull off an upset? Vote in our poll below and be sure to sound off in the comments section.

Be sure to make your predictions so that the contestants can see how they’re faring in our racetrack odds. You can keep changing your predictions until just before the live shows air every Wednesday on NBC. You’ll compete to win bragging rights and a $100 Amazon gift certificate. See our contest rules and sound off with other fans in our reality TV forum.