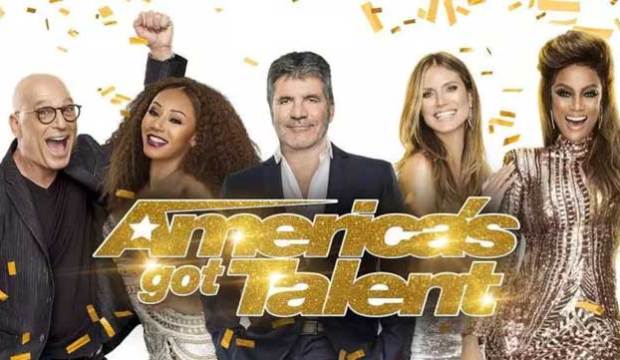 After 21 episodes of “America’s Got Talent” that ran for a whopping 36 hours, we are just 120 minutes away from finding out who won season 13. The 10 finalists performed live on September 18 and America voted overnight for their favorite. The winner of “AGT” 2018 will be revealed at the end of a two-hour results show that will see all the finalists take to stage of the Dolby Theater one last time.

Based on our exclusive Gold Derby predictions, the top two acts to beat heading into the season finale were teenage singing sensation Courtney Hadwin and sleight-of-hand magician Shin Lim. Did one of them win the $1 million grand prize and a chance to headline at a Las Vegas casino?

Or did one of the other eight finalists pull off an upset? They are: singers Daniel Emmet, Glennis Grace and Michael Ketterer; stand-ups Vicki Barbolak and Samuel J. Comroe; trapeze artists Duo Transcend; electric violinist Brian King Joseph; and dance troupe Zurcaroh.

Check out our minute-by-minute recap of the “Americas Got Talent” results show, which is episode 22 of season 13, below. Abd be sure to sound off in the comments section about the season’s best and worst moments. Keep refreshing/reloading this page as we’ll be updating live.

8:00 p.m. – Is there a better way to kick off this year’s finale than with a performance from Kiss?! That’s right–the legendary band opened the show with their hit “Get Up” and an introduction of Tyra Banks and the rest of the series cast, judges Simon Cowell, Heidi Klum, Mel B and Howie Mandel. Three of those stars still had their golden buzzer acts alive in the competition: Simon’s Michael Ketterer, Tyra’s Zurcaroh and Howie’s Courtney Hadwin. Did any of them become the champion? Let’s find out!

8:10 p.m. – During the recap of last night’s performances I was reminded of how truly great all of the acts were in the final display of their talents. And the judges agree! They all believe last night was one of the best finales in series history. Afterward, Tyra dished out that through the course of the night the top 10 would be performing with some big stars during the two-hour rollout of the results.

8:17 p.m. – The first celebrity-contestant duet was between Bebe Rexha and Glennis Grace for a mash-up performance of Bebe’s new single “I’m a Mess” and her hit “Meant to Be.” Glennis came in for the second half and smashed it, sounding smoother than she’s been all season! Can’t wait until she releases her own contemporary music because I think she has the potential to blow up.

8:26 p.m. – In the hopes of making Mel’s dreams come true, Howie and Samuel J. Comroe sat down with her to provide some tips on stand up comedy. Taking it one step further, Samuel invited Mel on stage to try her hand at some jokes. At that point she disappeared backstage for a costume change and then returned in a unicorn onesie before reading some really cheesy jokes out of a book that Howie gave her. Overall her set got mixed reviews, a red X from one of the judges and a golden buzzer from Samuel! What did y’all think of Mel’s set? LOL!

8:32 p.m. – Next up was a duet between The Struts and Courtney Hadwin for a rendition of their song “Could Have Been Me” as well as the Janis Joplin classic “Piece of My Heart” which, to no one’s surprise, Courtney completely killed! She belongs on stage, doesn’t she?!

8:39 p.m. – Daniel Emmet also took the stage for the “Pearl Fishers Duet” with vocal legend Placido Domingo. Honestly, you didn’t need to understand the language to know that their talent is otherworldly, did you? Wowza. Placido even referred to Daniel as a future star of opera!

8:45 p.m. – Another legend made an appearance tonight when Vicki Barbolak came out with comedy icon David Spade! They bantered back and forth with Vicki asking David for advice about how the world of professional comedy works. If the bit proved anything it’s that Vicki can definitely handle what’s coming her way and I hope Simon’s plea for someone to give her and her trailer park friends a TV show comes true!

8:53 p.m. – Remember when Simon asked Garth Brooks to write a song for Michael Ketterer? Well, he answered Simon’s call and reached out to Michael directly to let him know that he did just that. Michael sang that song, “The Courage to Love,” tonight. I mean, if he doesn’t win the show it’s kind of like Michael already won, right? What a huge gift from Garth!

9:01 p.m. – Shin Lim was joined by “American Ninja Warrior” stars Matt Iseman and Akbar Gbaja-Biamila for a live card trick. In the trick, Shin had Akbar choose a card and then after having Matt, Tyra and Akbar all shuffle parts of the deck he revealed that Akbar’s card, the Jack of Clubs, was at the top of all four piles of cards. This was a better trick than what he did last night! And, I have to say, Simon is right that Shin’s stage personality has come a long way since he began in his first audition. He’s a charismatic star now!

9:13 p.m. – And with a finalist super smash-up, Brian King Joseph dueted with violinist Lindsey Stirling as Duo Transcend did their thing in the stage rafters before Zurcaroh erupted on to the stage for another epic showcase of their acrobatic talents. Once again, all three acts proved how Vegas-ready each of them are.

9:29 p.m. – In the first set of results, Tyra announces that it was one of the closest votes in AGT history! It was time to find out the top 5! Between Zurcaroh and Duo Transcend, America voted Zurcaroh through!

9:32 p.m. – The next result was between Daniel Emmet and Shin Lim–after entering the night as one of our frontrunners to win, Shin Lim did indeed advance as one of the top 5!

9:36 p.m. – That left Michael Ketterer and Courtney Hadwin waiting to hear their results with only one of them making the top 5. In perhaps the most shocking result of the night, Michael Ketterer upset our frontrunner Courtney to continue with the hope of winning!

9:42 p.m. – At that point Tyra was set to let us know exactly where each of the final acts placed. Amidst boos and grunts from the audience, Tyra announced the shocking fact that Michael Ketterer had finished in 5th place! Simon was the most disappointed, but promised Michael that he’d continue his relationship with him after the show. A nice consolation!

9:49 p.m. – Finishing the competition in 4th place was Samuel J. Comroe, a fine finish for a stand up comedy act I’d say! Howie reminded him that he is a huge talent and that making it this far is a huge accomplishment already.

9:50 p.m. – And in 3rd place was Brian King Joseph, but by the look on his face you can tell that he is grateful for how far he made it and knew that against the last two that he was probably finishing where he did. It’s also worth noting that he performed first last night and was able to pull in enough votes throughout the night to upset so many acts that followed him.

10:00 p.m. – So with only Zurcaroh and Shin Lim awaiting their fate, Tyra announced that the million dollar act and future Vegas headliner act is…. Shin Lim! And Zurcaroh, the runners-up, lifted him up! What a great display of friendship and respect! Was Shin your favorite? Sound off in the comments on the results of this season!