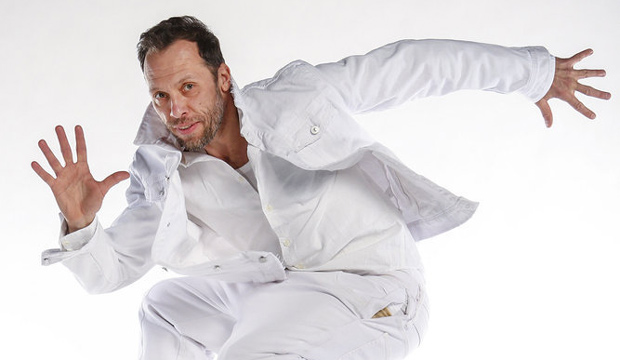 “America’s Got Talent” judges really, really like Front Pictures. After previously naming them as a wild card in the Quarterfinals, the projection artists failed to earn America’s vote and were eliminated. But that’s not stopping “AGT” judges Simon Cowell, Heidi Klum, Mel B and Howie Mandel from (warning: spoilers!) bringing them back again. NBC has revealed to Gold Derby that when the Semifinals begin on Tuesday, September 4, Front Pictures will be performing live from the Dolby Theatre as the judges’ wild card pick. Scroll down to see who they’ll be competing with this time around.

Back in Front Pictures’ original audition a man wearing all white entered a virtual world, then chose his desired location (forest) and an avatar (wolf) before taking off on a three-minute computerized adventure. Following the performance all four judges praised them, with Mel saying, “You crammed so much into that. I loved it.” Simon even called the act “perfection” before sending them off to the Judge Cuts. However, for reasons unexplained, Front Pictures never appeared in that second round. Instead, they were later named as a wild card and allowed to compete in the Quarterfinals.

SEE Which ‘America’s Got Talent’ Golden Buzzer is most in danger: Amanda Mena, Makayla Phillips, Voices of Hope … ? [POLL]

When they performed live for America’s vote on August 21, Front Pictures’ virtual story focused on a man exploring a haunted hotel. Simon again called it “astonishingly good” and demanded that the audience give them a huge round of applause. When the votes came in, Front Pictures was revealed as one of the middle acts along with dance group Da Republik and singer Makayla Phillips. America voted live in the Dunkin’ Save to advance Makayla, and then the judges chose to put through Da Republik instead of Front Pictures.

SEE ‘America’s Got Talent’ spoilers: When will Courtney Hadwin sing on ‘AGT’ semifinals?

Here’s all 11 acts that are scheduled to perform in the Semifinals 1 episode, airing September 4 on NBC: