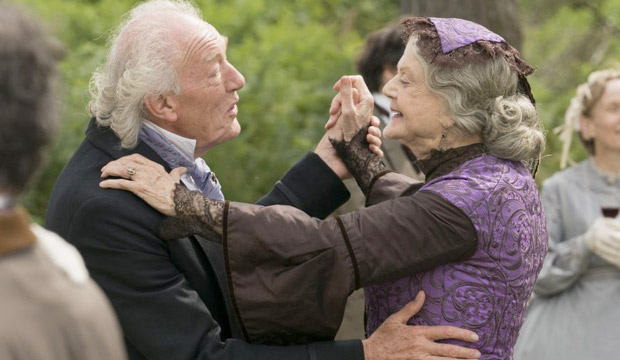 Angela Lansbury, 2018 Emmy contender for Masterpiece Theater’s adaptation of “Little Women,” has one of the most unique awards histories of any performer. In her over 75-year career she has managed to amass a significant number of nominations for all three of the major acting awards: three Oscar noms, 18 Emmy bids and seven Tony citations. While she has sailed through the Tony Awards winning five times (“Mame,” “Dear World,” “Gypsy,” “Sweeney Todd,” “Blithe Spirit”), the other awards have been more elusive.

Her Oscar nominations all came early in her career and she came up empty handed all three times (the Academy did remedy that with an honorary Oscar in 2013). Lansbury’s Emmy history has been downright infuriating for her fans since she has lost a staggering 18 times. That streak may come to an end this year if Lansbury is able to achieve the award for her work in PBS’s “Little Women.”

Lansbury received her first two Oscar nominations for the first two years of her film career, all in the Best Supporting Actress category. In 1944 she was nominated for “Gaslight” but lost to Ethel Barrymore for “None But the Lonely Heart” and then in 1945 she was nominated for “The Picture of Dorian Gray” but lost to Anne Revere for “National Velvet” (a picture Lansbury was also in). In 1962 Lansbury was predicted to win by some for her venomous role in “The Manchurian Candidate” but she lost to young Patty Duke for “The Miracle Worker.”

At the Emmys Lansbury lost to a virtual who’s who of television’s best actresses (and in one case an actor who was her own co-star). After years away from television Lansbury returned to the medium and in 1983 she was nominated as Best Movie/Mini Supporting Actress for “Little Gloria Happy at Last” about the custody battle waged over Gloria Vanderbilt, mother of CNN’s Anderson Cooper. She lost that Emmy to another movie star who had turned to television, Barbara Stanwyck for “The Thorn Birds.”

In 1984 “Murder She Wrote” began and Lansbury wound up being nominated as Best Drama Actress for each of its 12 seasons. “Cagney and Lacey” had a firm grip on this category for six years in the 1980s with stars Tyne Daly and Sharon Gless winning four and two times, respectively. Lansbury lost twice to each of them on her first four Emmy tries. She then lost twice each to Dana Delaney for “China Beach” and Patricia Wettig for “thirtysomething.” In the final years of “Murder She Wrote” she lost once to Sela Ward for “Sisters” and then three times to Kathy Baker for “Picket Fences.”

During her “Murder She Wrote” days there were three years where Lansbury was a double nominee. She was twice nominated for Best Individual Performance Variety or Music for hosting the Tony Awards. She lost those bids to comedy icons Robin Williams for “Carol, Carl, Whoopi, and Robin” and Tracey Ullman for “The Best of The Tracey Ullman Show.” In her strangest Emmy loss Lansbury was again nominated in the Individual Performance category for recreating her Tony winning role in “Sweeney Todd,” which was taped live for cable TV. Lansbury lost to her co-star George Hearn who played the title role. Hearn was a replacement in the Broadway cast taking over the role from Len Cariou who also had won a Tony as Best Actor. It was quite a surprise that year that Lansbury lost to Hearn who was never considered to be at the same level as the legendary performances of Lansbury and Cariou.

In recent years Lansbury was nominated for a guest actress role on two “Law and Order” series but lost to Amanda Plummer, also for “Law and Order.” She also contended for the TV movie “The Blackwater Lightship,” losing to Mary-Louise Parker for “Angels in America.” 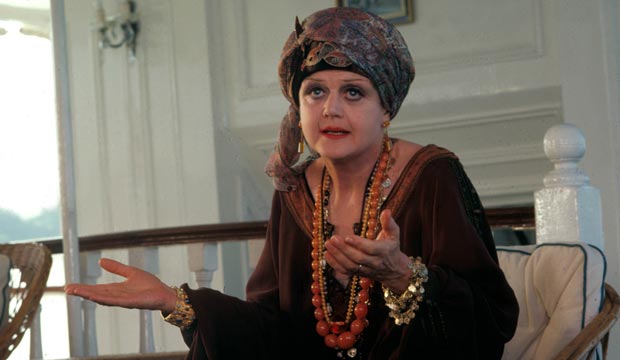