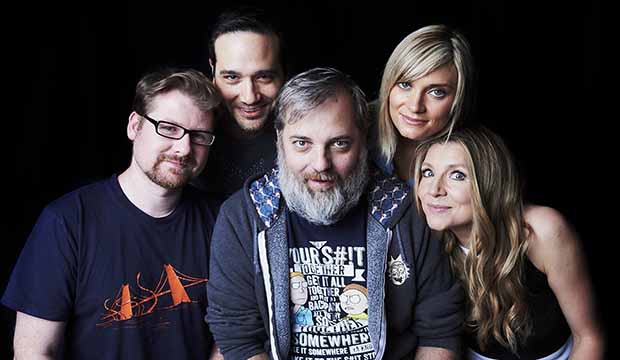 The Emmys could find themselves playing catch-up during this year’s Creative Arts ceremony in the Best Animated Program category. Adult Swim’s “Rick and Morty” has been a hit for both viewers and critics since the show premiered in December, 2013. The show was passed over in the Animated Program category for its first two seasons (in 2014 and 2016), but this year it managed to break through and is now seeking to score its first victory in the category.

To achieve this, it’s going to have to beat back three contenders who have won this category multiple times and another new series based off an Oscar winning film. Let’s take a look at all five contenders for this competitive category below.

“Rick and Morty” makes it into this year’s category with their episode submission, “Pickle Rick.” In the episode, Rick turns himself into a pickle in order to get out of going to mandated family therapy. While Beth, Summer and Morty attend their therapy session Pickle Rick finds himself swept into a sewage drain, fighting off insects and rats, using the carcasses of said rats and insects to fashion a body for his pickle self and violently destroying a top-secret intelligence station. He eventually makes his way to the family therapy session where the therapist (Susan Sarandon), already making profound observations about the Smith family dynamic, tells Rick that she believes the family “uses intelligence to justify sickness.” On the way home from the session, Beth gives Rick a syringe allowing him to turn back into a human and they both mock the therapist about what she said, much to Morty and Summer’s dismay.

The episode was easily the most iconic of the program’s third season. The image of Pickle Rick emerging from a toilet having defeated an army of rats and shouting “PICKLE RICK!!!” became a meme that enveloped the internet. But the episode also does a great job of balancing incredible animation with great storytelling, especially as we see the Smith family confronted with their incredibly unhealthy set up. A passionate following could also help it get over the Emmy finish line. However, the violence that occurs during the sewage scenes may be a bit too much for the TV Academy to handle. The troubled situation of series co-creator, Dan Harmon, who recently deleted his Twitter account after a raunchy comedy skit from 2009 resurfaced, might also keep the fan favorite from taking the top prize.

Last year’s champion, “Bob’s Burgers,” is back again with its seventh consecutive nomination in the category. In addition to last year’s victory for “Bob, Actually,” the show won in 2014 for “Mazel Tina.” Like last year, the show has submitted their Valentine’s Day themed episode, “V for Valentine-detta.” When Jimmy Jr. breaks Tina’s heart on Valentine’s Day, Linda decides to take Tina on a girl’s night out along with Louise. When none of the activities they do result in Tina feeling better, they decide to sabotage Jimmy Jr.’s date but Tina has a change of heart when she realizes that she’d be ruining the night for another girl. Bob and Gene become closer after they get saddled with doing a couple’s trapeze act. The episode is great and while each individual character doesn’t get their own story line like in last year’s submission, each character does get to shine in their own distinct way. The show is also an industry favorite drawing a number of comparisons to this category’s biggest winner, “The Simpsons.” In fact, if “Bob’s Burgers” does win here, it will be the first time a show has won this category back-to-back since “The Simpsons” did 17 years ago with “Behind the Laughter” in 2000 and “HOMR” in 2001.

Speaking of “The Simpsons,” they’re back again this year with their 27th nomination in the category. They’re hoping to secure their 11th win with their submitted episode, “Gone Boy.” When Bart falls down a manhole into an abandoned military bunker and goes missing, Milhouse is tasked with alerting authorities but fails to do so when he think he might be able to win Lisa’s affection. When the news falsely reports that Bart has died, his old nemesis, Sideshow Bob (Kelsey Grammer) has trouble accepting it and traps Milhouse into taking him to Bart. When he’s shown to Bart, Bob decides to kill them both by tying them both to a missile but decides against it just in time to save them both. Bob promises his prison therapist he’ll do good once he gets out of jail, but a flash-forward shows Bob still fixating on the idea of murdering Bart. For the show’s 29th season, this episode was one of the best reviewed by both fans and critics. But the last time the show was victorious was in 2008, which kind of hints at the fact that the Animation branch of the TV Academy might have moved on from the show. That being said, it should never be counted out.

“South Park,” which will be entering season 22 later this fall, is up for its 17th nomination with the episode “Put it Down.” Tweek is becoming increasingly agitated with the prospect of nuclear war occurring with North Korea. Craig tries to help him deal with the problem but with every possible solution, the President (Donald Trump in the form of Mr. Garrison) tweets something and makes Tweek more erratic. At the same time, Cartman tries to gain attention by claiming he will commit suicide and repeatedly tries to take away the spotlight that’s being put on the deaths from drivers distracted by the President’s tweets on their phone. Craig allows Tweek to sort out his feelings culminating in an issue-oriented anthem calling on all Presidents to put their phone down and no longer use Twitter. After a rocky season last year, “South Park” found some much needed stability with last year’s season. “Put it Down” is a perfect example of that and it could lead to the show’s sixth win here. It doesn’t decry the policies of the Trump administration but calls on people who feel increasingly on edge about everything going on in our world to air and sort out their emotions. This has the potential to be a contender that sneaks up and claims the win.

Finishing up this year’s category is Disney’s “Big Hero 6: The Series” with the pilot episode, “Baymax Returns.” The pilot picks up immediately where the Oscar winning film left off. Hiro finds the personality chip for the inflatable robot Baymax. In order to keep working on this project, Hiro enrolls at SFIT and re-joins the friends he made following his brother’s death. At the same time, Mr. Yama is trying to use the university students to steal a paperweight from the school’s new no-nonsense dean. The paperweight is revealed to have a strong magnetic energy that puts the entire city in danger. The Big Hero 6 team, along with Baymax, manages to save the day. Hiro returns to the school, where he is now allowed to work in his brother’s old lab, while Mr. Yama’s boss, Obake tries to figure out his next move. The series is nice but feels very different from the movie. Part of this has no doubt to do with the fact that it’s not computer animated like the feature film was. A lot of characters, including Baymax, lose part of their charm in the new format. However, animated programming aimed towards children does have a decent track record of taking this category as we saw in 2013 with “Penguins of Madagascar” and 2015 with “Over the Garden Wall,” so this is not one to count out.