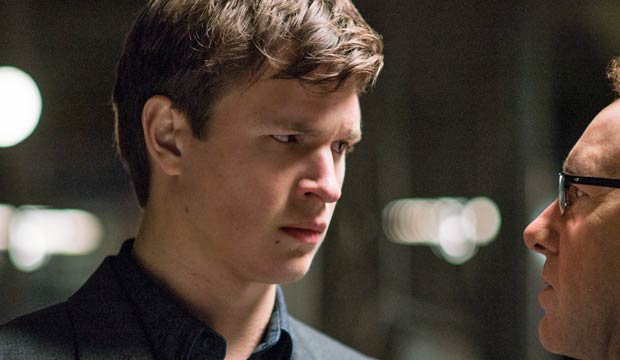 Ansel Elgort earned a passionate following thanks in large part to his performance as Gus, a love-stricken cancer patient in “The Fault in Our Stars” (2014). The film was a sleeper hit, grossing more than $300 million worldwide against a mere $12 million budget, and it was a hit at the MTV Movie Awards in 2015, where it won three awards including Best Movie and Best Female Performance (Shailene Woodley). But even though Elgort won Best Kiss with Woodley he lost his other four nominations, which included Best Male Performance and Best Breakthrough Performance. However, he may be redeemed this year thanks to “Baby Driver.”

Elgort is nominated for Best Performance in a Movie for playing the title role in “Baby Driver,” whose skill behind the wheel has made him a gifted getaway driver for armed robbers. That film was also a hit, earning $226 million globally. It was a critical and industry success too, earning Oscar nominations for its film editing, sound editing and sound mixing, and picking up a Golden Globe nom for Elgort for Best Film Comedy/Musical Actor. Now he’s up for an MTV Award where he’s hoping to win an individual acting prize for the first time.

As of this writing Elgort is an underdog in the race, ranked third with 6/1 odds according to the combined predictions of hundreds of Gold Derby users. He trails front-runner Chadwick Boseman for “Black Panther” (2/3 odds) and second-place dark horse Timothee Chalamet for “Call Me by Your Name” (10/3 odds). But could we be underestimating Elgort?

He’s the only nomination for “Baby Driver” at these awards, but that may not be a disadvantage. Since these prizes are decided by fans voting online it could be helpful to be the lone nominee for his movie: his supporters will have nowhere else to go to honor him or the film. And he’s currently forecast to win by one of our Top 24 Users who got the highest scores predicting last year’s MTV Awards, chicano1616. He also happens to be one of our All-Star Top 24 Users who got the highest scores when you combine the last two years’ predictions, so his forecasts are weighted even more heavily when calculating our racetrack odds.

Do you agree with him that Elgort will pull off an MTV upset?