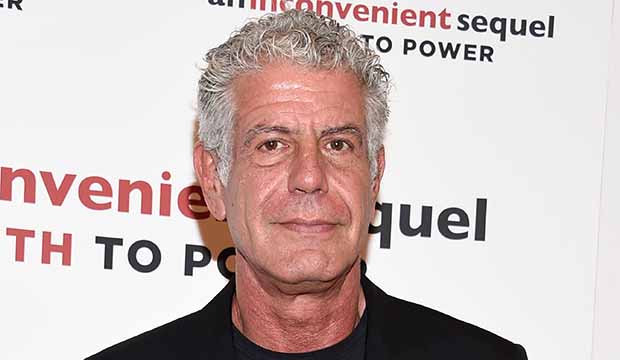 Anthony Bourdain, whose death in June at age 61 stunned the world, has now been memorialized by Emmy voters for his work in the entertainment industry. As Gold Derby predicted, CNN’s “Anthony Bourdain: Parts Unknown” has just taken home the trophy for Best Informational Series at the 2018 Creative Arts, beating out co-nominees “My Next Guest Needs No Introduction,” “Leah Remini: Scientology and the Aftermath,” “Vice” and “StarTalk with Neil deGrasse Tyson.” See complete list of Emmy winners.

Bourdain was no stranger to the Emmy Awards, winning four Primetime trophies for producing “Parts Unknown” (2013-16) and an addition Daytime Emmy for producing culinary program “The Mind of a Chef” (2014). “We are incredibly grateful,” Bourdain said at the Creative Arts Emmys podium in 2013 when he accepted the trophy for “Parts Unknown.”

His winning streak for “Parts Unknown” came to an end last year when A&E’s “Leah Remini: Scientology and the Aftermath” prevailed in the category of Best Informational Series Or Special. But with the outpouring of love following his death, Emmy voters decided to give Bourdain one final goodbye hug on Sunday, September 9.