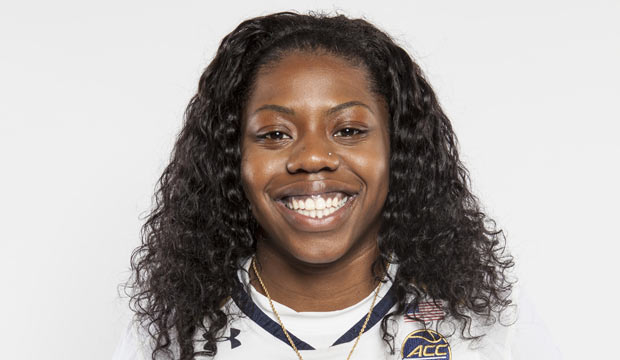 It’s a true foul that the NCAA restricts Notre Dame star Arike Ogunbowale from promoting “Dancing with the Stars: Athletes” — and most of you don’t think she’ll be able to overcome that. In a recent poll, 52 percent of our readers voted that “it sucks” that Ogunbowale and her partner Gleb Savchenko will be put at this huge disadvantage.

The NCAA’s myopic rules stipulate that college athletes can’t make money off their likeness, so all parties involved can’t do more than merely state the fact that Ogunbowale will be on “Dancing.” Ogunbowale can, however, keep whatever money she makes on the show because it’s for her dancing abilities, not her basketball ones.

Some of you are slightly more hopeful — 34 percent think it’s too soon to say because the shortened four-week season throws a wrench into the proceedings. Meanwhile, only 14 percent think Ogunbowale and Savchenko will have enough fans to compensate for the lack of promotion.

Ogunbowale, who hit buzzer-beaters in the NCAA semifinal and final, is probably the least well known of the 10 athletes, the rest of whom are free to plug their appearance anywhere — in interviews, on TV, on social media — and encourage fans to vote. That’s enough noise to drown out someone who hasn’t — can’t — make a peep since announcing their participation.

But maybe Ogunbowale’s stint will serve a bigger purpose. It’s already a major step that the NCAA approved her “Dancing” appearance and let her keep her paycheck. “I wonder if this will lead to a bigger conversation in terms of NCAA players being compensated … which will be long overdue in my opinion,” Gold Derby contributor Cordell Martin noted in a recent slugfest.

Which 'Dancing with the Stars' male pro most deserves to win his first Mirror Ball Trophy: Gleb, Alan or…

Which Mirrorball-less male 'Dancing with the Stars' pro are you rooting for?

Which 'Dancing with the Stars: Athletes' pro deserves an Emmy nomination for choreography…

Just kidding, 'Dancing with the Stars: Athletes' reveals second and third place after all