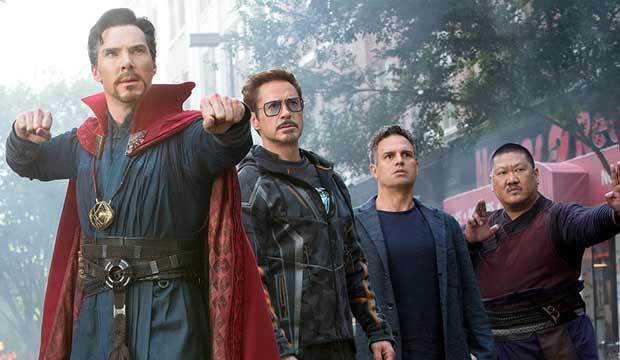 “Avengers,” the 19th film in the Marvel Cinematic Universe, came away with $250 million domestically, which squeaks past the $247.9 million taken in by “The Force Awakens.” And when you combine all worldwide receipts it took in a total of $630 million, which also sets a new record. Naturally it also surpassed the $202 million grossed by “Black Panther’ when it opened earlier this year, though the fact that Black Panther (Chadwick Boseman) was also part of this “Infinity War” probably contributed to its sky-high totals.

But can “Avengers” surpass “Black Panther” for total domestic box office? Though it opened in February, it’s still in theaters and in fact finished fifth on this weekend’s box office chart, taking in another $4.3 million for a total of $688 million. It’s now less than $2 million away from passing “Star Wars: The Last Jedi” (2017) as the ninth biggest hit worldwide. Of course, both of those totals may be eclipsed as “Avengers” vacuums up all the money in the world.

Rounding out the top five are three other holdovers. “A Quiet Place” continues to impress with another $10 million for a domestic total of $148 million — against a $17 million budget. Amy Schumer‘s “I Feel Pretty” was third with $8 million grossed, while “Rampage” was fourth with $7 million.