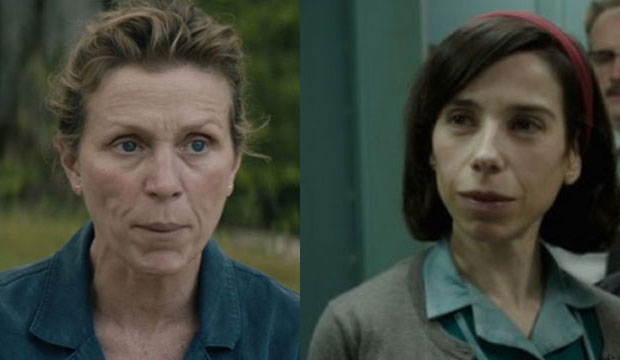 After Sally Hawkins dominated the critics circuit, the tide has turned with the televised awards. The “Shape of Water” star lost the Golden Globe, Critics’ Choice and Screen Actors Guild Awards to Frances McDormand (“Three Billboards Outside Ebbing, Missouri”), but she could exact revenge on her home turf at the BAFTAs.

McDormand herself was victim to BAFTA’s home-field advantage 21 years ago. Her Oscar-winning performance in “Fargo” fell to Brenda Blethyn’s in “Secrets & Lies.” This was also back when the BAFTAs were held a month after the Oscars.

Will it be déjà vu for McDormand? She still leads our predictions with 1/4 combined odds, but Hawkins is hot on her heels with 7/1 odds. Saoirse Ronan (“Lady Bird”), who’s of course Irish, is third with 18/1 odds, followed by Margot Robbie (“I, Tonya”) with 66/1 odds and Annette Bening (“Film Stars Don’t Die in Liverpool”) with 100/1 odds. Neither McDormand nor Hawkins has won a BAFTA before either, and both of their films did very well with nominations, with “Three Billboards” nabbing nine to “The Shape of Water”’s 12.

Do you think Hawkins has a British edge at the BAFTAs?