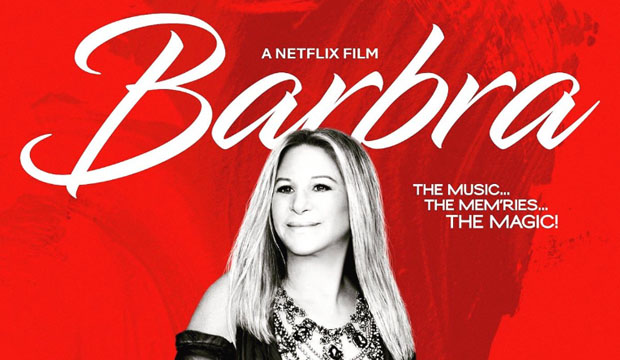 Barbra Streisand‘s new Netflix variety special “Barbra: The Music… The Mem’ries… The Magic!” captured the final night of her 2016 tour and is a strong Emmy contender this summer. It’s only fitting that this commemoration of her status as the only artist to score #1 albums in six consecutive decades could set an Emmy Awards record. She’s already headlined two Emmy-winning variety specials (as did Bob Hope) and would set a new benchmark with another victory.

Streisand took home Emmys for her work in front of the camera for both of those TV academy picks as the best of the year — “My Name is Barbra” (1965) and “Barbra: The Concert” (1995) — and a third for “Timeless: Live in Concert” in 2001. While the TV academy scrapped that variety performance award in 2008, she’ll be contending in several other Emmy categories for “Barbra: The Music… The Mem’ries… The Magic!.” She is a producer of this special (she won in that capacity in 1995) and a co-director (she was nominated for helming in 1995 as well).

Taking a break from recording her 36th studio album for longtime label Columbia Records, she took time to answer our questions about her new special and her storied career.

How do you balance the needs of the performer, the requirements of the director (such as camera placement) and the constraints of the producer (filming just one concert this time)? Did you and Jim Gable storyboard the special and what challenges did you face in post-production?

Barbra: We didn’t have time to do any storyboards. We didn’t even have time for a dress rehearsal. I waited till the last minute to film the show… I always want to be fully present for the audience, and filming adds a whole other element. So I kept putting it off. And now it was the last concert in the last city, so there was no going back.

I talked to my co-director, Jim Gable, and explained where I wanted the cameras to go. I thought we could take out a row of seats to make room for a closeup camera that could move slowly back and forth, and it was only after the concert that they told me they couldn’t remove the seats, so we didn’t have that important coverage. I talked to him also about what the crane operator should get in certain numbers, only to find out after the fact that for some reason it couldn’t be done all the time. There’s always problem after problem. That’s what happens when you’re working on the fly and shooting only one show.

What we got, we got. We couldn’t do it again.

So Jim and I and our editor had to be as clever as we could in the editing room to make it work. Maybe we’d have to blow up a shot to make up for a missing closeup or find another angle to make up for the ones they couldn’t get.

I do think we got a pretty good show out of it. And when Netflix said they’d like to put it on, we were thrilled.

Do you really still have doubts about your work, after all these years?

Barbra: I usually underestimate everything I do. Not knowing “Evergreen” would one day become a #1 hit, I decided to cut out a scene from “A Star Is Born” in 1976 – even though I wrote the melody to the song and learned to play guitar specifically for that scene. There was something so innocent about hearing the character play the melody hesitantly on the guitar before it had a lyric. At the time, I was looking at the film as a whole and to speed up the pace, I decided to cut the scene. I was thrilled to have the opportunity to put it back in the new Netflix version of the film.

And there was something just as true about the night we filmed “Barbra: The Music… The Mem’ries… The Magic!” I stopped thinking about the cameras. I was just in the moment and I think the camera captured the intensity of the performance. The audience was so responsive and that made it easy for me to respond to them. We had a great rapport, and I felt a lot of gratitude to them.

This was my beloved Samantha’s last concert… she has always been with me, for every tour… and probably my last concert as well, unless something extraordinary happens. My wonderful manager, Marty Erlichman, always has another idea up his sleeve. So I’ve learned never to say never…

You and Dwight Hemion won a DGA Award in 1995 for the TV version of your first public concert in 27 years. He won his first DGA Award for directing your first special in 1965. How did your working relationship with this 18-time Emmy winner evolve over the years?

Barbra: Dwight and I hit it off the first time we met. No wonder he won 18 Emmys… he had such a good eye. I could relax and just rely on him to get it all on camera. He knew exactly how to shoot the set, and me.

I didn’t have to worry about the lights. I didn’t have to think about where to put the camera. Dwight was amazingly gifted at that, and such a doll. He always encouraged me and made me feel so cared for.

I learned a lot from him. And as I began to take more and more responsibility for my own work, I began to make more of the decisions. By the time we did our last special together in 1995, I had already directed two movies and was preparing a third. So it was natural that we would co-direct.

This new special was the last night of your tour. How did you prepare for the demands of touring and do you think this is why, as you’ve said, that your voice is in even better shape as you record your new album “Walls”?

Barbra: Well, I always intend to vocalize before each show but then I get caught up in other things. And I was eating nonstop in Miami. I tried to diet before the show, but I just couldn’t. I was too anxious and I kind of pigged out. After all, there was Joe’s Stone Crab and they have wonderful food. And I get hungry when I work!

I still get so nervous when I have to perform live. I would much rather be in the recording studio… just me and the music… with no one to judge me. I don’t have to get all dressed up and wear high heels and prance around on stage. I can just sing my heart out and find new things in a song, on each take.

One of the biggest problems for me is I’ve never been able to wear those things in your ear, like most other performers do on stage, and that means I can’t hear myself sing. But in the studio, with my headphones on, I can make prettier sounds.

I’m really enjoying working on my new album, “Walls,” and so grateful that my voice is still there for me.

Fifty years ago, you became the seventh woman that William Wyler directed to an Oscar with “Funny Girl.” He encouraged you to direct, even giving you an engraved megaphone, and you’ve just signed to helm your first film in 22 years. How will you deal with the fact that directing, as you’ve said, can be all-consuming?

Barbra: I’m not sure how directing is going to feel this time, but I’m looking forward to it. And I’m always ready to be consumed.

I’ll let you know when it’s over.

Your long-time manager Marty Erlichman is an executive producer on this special as he was on the ones in the 1960s and 1970s that are now streaming on Netflix. Might we see an updated video version of “Just For The Record” on the streaming service?

I’ve already put together a video component for “Just for the Record” that covers the 1960s through the 1990s, but I’m not caught up with anything after 2000. So that’s another 20 years and I haven’t had the time to go back into it.

You just added a scene to “A Star is Born” and recut the finale. Which of your other films would you like to revisit?

Barbra: I’ve always wanted to put back two scenes from “The Way We Were” that I felt were crucial to the story… and Arthur Laurents, who wrote that screenplay with me in mind, completely agreed. Without those scenes, you don’t understand the real reason why Katie and Hubbell decide to separate. The only way to see them now is to go into the special features on the DVD and watch the Looking Back documentary, where I was able to show them. But I’d love to actually reintegrate them into the film.

I’d also like to put back one small segment of the Swan Lake ballet in “Funny Girl.” Ray Stark actually let me recut that sequence after the movie was done, and that was my first taste of editing. But even then we couldn’t find one snippet of sound and a few feet of film. I’d still like to know where it is…

And then there are two scenes in “Yentl”… with the matchmaker, and when she’s sewing Avigdor’s jacket… that I cut out simply because of time constraints. I’d love to put them back into the film… meanwhile, if you’re curious, you can see them in the deleted scenes on the DVD.